About the Artist Mackenzie Thorpe

View All Art Works By Mackenzie Thorpe
With the shipyards of the North East historically being the lifeblood of local communities which were built up around them, most families in these areas had one or more members employed in the industry. And son followed father and grandfather before him into the yards. Born and raised in Middlesbrough in 1956, British contemporary artist, Mackenzie Thorpe, like many young men of the time, seemingly had his career route planned out whilst at school.

However after a stint in the shipyards, Thorpe took the advice of a friend, who taken with his art work suggested that he should attend art school instead, to pursue what was clearly defined in his drawings and painting as a love for art, as well as a gift.

At 21, Thorpe enrolled at the local Cleveland College of Art and Design, where under the tutelage of Tom Wall he passed his course with flying colours and went on to win a place on a fine arts course at the Byam Shaw College of Art in London. On graduating in 1982, Thorpe chose to stay in the UKs capital city to help disadvantaged children, until returning to his native North East with his own young family in 1989. Settling in Richmond in North Yorkshire, Thorpe opened Arthaus, a gallery in the town, which still prospers today.

Thorpes work falls into the category of abstract art, and are built on the foundations of what he calls art from the heart; drawing together tenderness and an intuitive human sensitivity with a fervency and energy via his abstract interpretations of animals and children in the main. Square sheep and duffle-coated boys accentuate what to many might be looked upon as the mundane,
oversized animals, out-of-kilter perspective to children are all underpinned by a humour and warmth and an overwhelming sense of being. In some of Thorpes more challenging works, he observes the effect isolation has on individuals and mans struggle against the odds, clearly coloured by the artists time spent in London working on behalf of disadvantaged youngsters. This honesty and need to alter accepted environments and rites of passage, also lends credence from his childhood in a generally deprived Middlesbrough, which again is depicted in much of his work.

Plaudits and general recognition for his abstract works of art have stacked up over the years, including his Best-Selling Published Artist award picked up in 2000 from the Fine Art Trade Guild-hosted Art and Framing Industry Awards, whilst he was also chosen to design the official Christmas cards for the then Conservative politician and party leader, William Hague, whos constituency was Richmond. Thorpe was also the recipient of an honouree Master of Art degree, awarded by his hometowns Teesside University. Perversely however, the Middlesbrough Institute of Modern Art (MIMA) have consistently failed to recognize Thorpes artist achievements and exhibit his work to date. Furthermore, the Mackenzie Thorpe Foundation was launched in 2005 with a remit to support worthy causes.

Love for the World 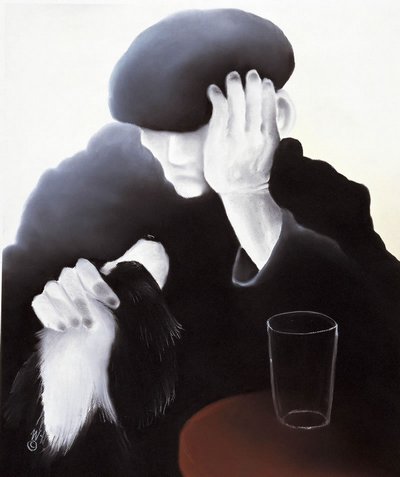 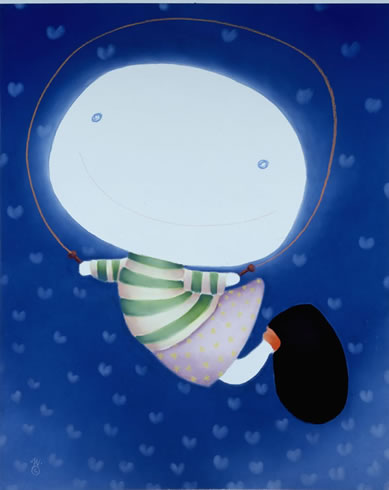