About the Artist Gary Benfield

View All Art Works By Gary Benfield
Gary Benfields creativity manifests itself in spontaneously, almost frenzily-presented paintings of animals in all their natural. Primarily familiar, rurally-sighted favourites such as horses, hares and foxes, yet also many other woodland and meadow-dwelling creatures. However theres more to Benfields art than merely animals. The celebrated contemporary fine artist  with a penchant for illustrative creature features  is also something of a dab hand at figurative work too; and has previously created a series of based on the female form, albeit in his trademark graphic style.

Benfield readily describes how he commits to canvas his subject precisely as they present themselves to him, in the flesh, and in their natural habitat.

So as to capture that moment, Benfields artistic bent is one of seemingly hurried lines and sporadic dashes of colouration, whilst the figures appear to dissolve in and out of their backdrops and almost transgress across the painted surface area. Benfields rapid-fire approach to his paintings comes at a cost though, as he admits he wilfully discards large numbers of his drawings and paintings, salvaging and persevering with only those which he considers worthy rather than risk over-working those that fall short in his estimation.

Born in Birmingham in 1965, Benfield went on to study art after he completed his secondary schooling, choosing to attend Stourbridge College of Art between 1982 and 1984, before furthering his artistic education during the following two years at Wrexham College of Art in North Wales. On leaving this surround, Benfield wasted no time at all, and opted to become a professional freelance illustrator.
Relocating to the South East, Benfield first focussed his sketched and painted attentions on figurative works from his studio, based near London. In just a handful of years, Benfield established himself and built a reputation for his highly illustrative works, not just here in the UK but overseas too, and with it firmly announced his arrival on the contemporary art scene.

The artists inspirations and influences are drawn from far and wide, and can be routinely observed in his signature animals most notably. Subtle graphical tributes to the worlds of mythology, nature and still life are never far from the material surface of Benfields back catalogue of work, while the background to his pieces remind some of Da Vincis in terms of the sketching style and sepia tones facilitated, the bulk of which being casually defined by pencil and the slightest introduction of hushed hues and saturations. But dont be fooled by the supposed lack of depth or cursory glancedness, as despite the perceivably casual appearance of his compositions, the underpinnings of the imagery is highly organized, and if you stare at them long and hard enough youll discover the masked symmetry beneath the layers of finery.

The reason that Benfield paints in such a fundamentally fearless and devil may care manner is a simple one, as the artist views the world around him as something akin to a perpetual sequence of fortuitous events and occurrences. To his mind, objects and figures are not afforded solitary billing, as they habitually intertwine; dancing and fusing together as one adopts the colour and life of the other in equal measure. As a viewer, were all sucked into Benfields intimate world whereby sensuality and delight are melded so as to form whats been referred to as a flight of frolic and fantasy.

Now looked upon as one of the most renowned contemporary artists of his generation, Benfields work is collected and showcased in both corporate and private splendour, globally, and has successfully exhibited throughout the UK and Europe as well as America, Canada and Russia. 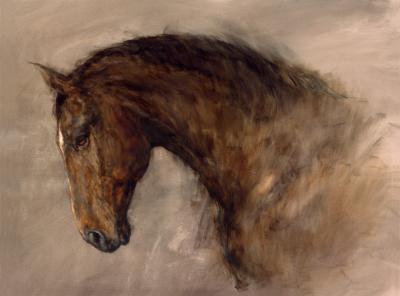 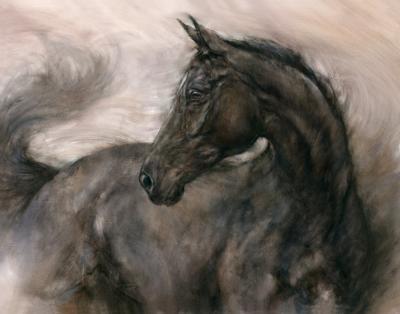 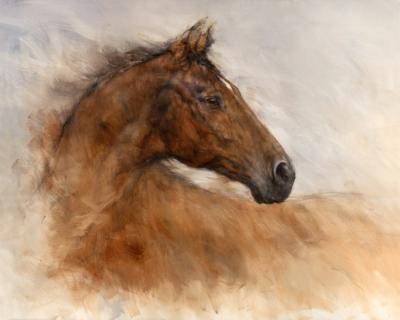