About the Artist Andrew Kinsman

View All Art Works By Andrew Kinsman
Aged just 12-years, best-selling contemporary figurative art exponent of today, Andrew Kinsman managed to successfully find a buyer for his very first compositional piece. Quite what piece that was, and indeed, how much money exchanged hands in the process, is the stuff of Kinsmans familys legend, however what we ourselves now know only too well is that the young master Kinsman went on to complete painted commissioned portraits for members of the royal household. And when he wasnt doing that, Kinsman can be found balancing his time with recording soundtracks and albums with rocks very own royalty, including Noel Gallagher and Kasabian. Self-taught fine artist, Kinsman describes how he was drawn into the world of art from a young and impressionable age, and together with acquiring his first buyer at the grand old age of 12-years, also staged his first major exhibition at just 21-years.

Which for the record, was hosted by The Victoria Art Gallery in Bath where Kinsman resided at the time, having spent periods before and after living in Cambridge, Bristol, Cyprus and of late, South London.

However it wasnt long after that aforementioned first showcasing of his then portfolio that Kinsman opted to turn his back on one of his creative bows and instead elect to pursue a career from another; namely his love affair with music which we hinted at earlier. To this very day it has to be noted that the hugely popular contemporary fine artist, Kinsman continues to passionately practice both art forms, dividing his time equally between the advancement of his musical career and continuing to acquire new and reputable art commissions. Yet it was in his early 20s that Kinsman chose to abandon his art completely to focus solely on his more musical dreams and ambitions. It was during this next phase in his younger life that Kinsman the musician sought to further this element of his creative potential and means of expression in a public arena, and subsequently devoted himself to music for a number of years thereafter. To cut a long story short, Kinsman learnt how to play/perform the saxophone, clarinet, flute and piano, and during the following passage of time played and recorded with the likes of British bands, The Levellers, The Specials, Gruff Rhys from Super Furry Animals and Girls Aloud vocalist, Nadine Coyle. And of course, Kinsman also laid down tracks on both Kasabian and Noel Gallagher albums, whilst he was featured on the soundtrack of a Brit flick called, London Boulevard.

In the fullness of time Kinsman finally arrived at the conclusion that he could no longer quell his love of art and that something had to give, musically at least, in order to accommodate this twin calling in life. So eventually he returned to the painting, and it wasnt long before Kinsman was receiving commissions from actors (such as American movie star, Elisabeth Moss), politicians (namely Baroness Shirley Williams), celebrity chefs and even reigning monarchs, in the regal shape of His Highness Sheik Mohammed, Sultan Al Thani of Qatar, the Jufalli family (one of Saudi Arabias elite families) and Lebanons wealthiest and most powerful ruling family, the Hariris. However, Kinsmans most prestigious commission to date came about in 2012 when he was approached by the Royal Mail with an invite to paint a series of 11 stamps to commemorate 150 years of League football; and which required Kinsman to create the portraiture likenesses of such iconic players as Sir Bobby Moore, George Best and Dennis Law amongst others. After taking a break from his newly-ignited love affair with art to embark on a tour with none other than Noel Gallagher (together with making a more permanent relocation to Paris at the time), Kinsman later exhibited works in the Prestigious 'Flux' exhibition at Londons Royal College of Art, where he was one of the few 'selected' artists to be invited to show as of December 2015.

Harking back to his formative years, and Kinsman cites his own artistic influences as English Romantic painters with a penchant for landscapes, most notably John Constable and J.M.W Turner; the famous compositional works of which were found within the pages of Kinsmans parents art books collection which he grew up surrounded by. Elsewhere Kinsman refers to his interests in the use of symbolism and the incorporation of mythology, more famously utilized by the Pre-Raphaelites and the Aesthetes of the 19th Century, while as he became more accomplished with his painting techniques and keen to absorb as much broader knowledge as he could, Kinsman later turned his focus towards the 17th Century Dutch School and their very own Masters. Indeed, it was through them that Kinsman first became drawn to the intense colour palettes which captured drama (and the realism associated with its adaption) which were recurrent traits in this movements works. 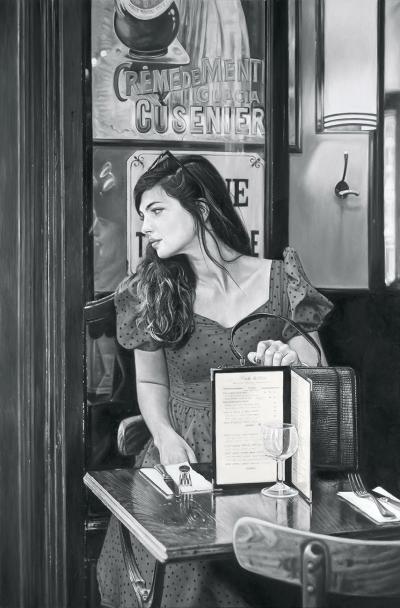 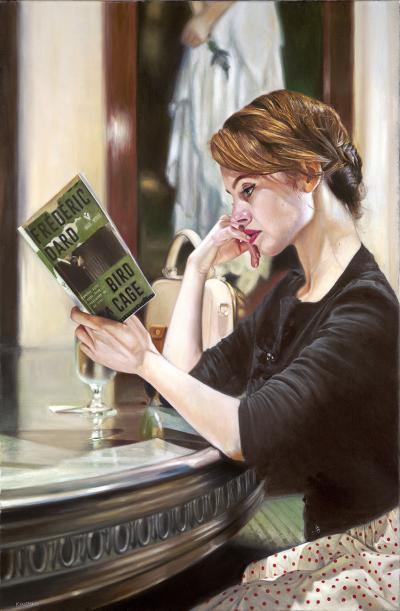 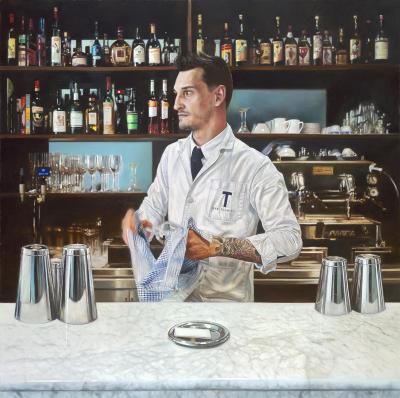