About the Artist Leigh Lambert

View All Art Works By Leigh Lambert
Newcastle-Upon-Tyne born and bred, Leigh Lambert started drawing at a very early age as many children do, but his family and friends soon saw his exceptional talent and as he advanced through his schooling, his incredibly detailed artwork caught the attention of his teachers too, who were enamoured by his natural story telling creations in pencil and paint.

Having had no real formal art training Leigh describes himself as mostly self-taught. After relocating to the rural surrounds of Warwickshire in 1996 with his family, he began to appreciate the urban setting to which he had come from and began to develop his own style and techniques, capturing the street scenes of his childhood, in a loving monochromatic nostalgic way, with bright fun splashes of colour in the detailing of his figures clothing or the vintage vehicles from days gone by.

Mostly working in oils on board in the garden studio back in his hometown, Leigh is now a very much accomplished artist having achieved enormous success, been shortlisted as Best Up and Coming Artist in the prestigious Fine Art Guild Awards (2014) Leigh Lamberts work is now hugely collectable and sought after, with his limited editions often selling out within weeks of release and there is also a waiting list for his original paintings, 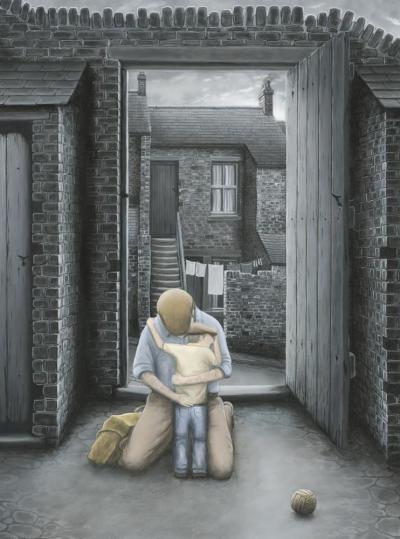 I'm All Yours Now Son- Canvas 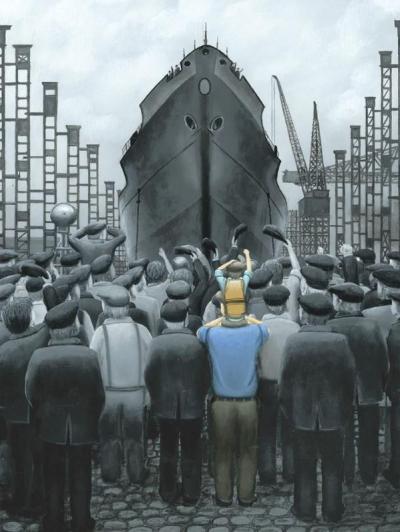 The Ship That Dad Built - Canvas 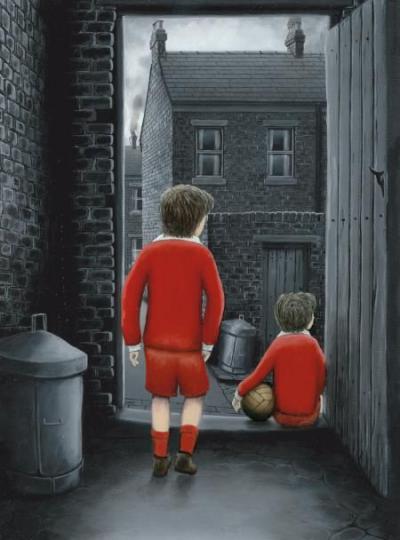 I Hope You've Got Your Scoring Boots On - Canvas