About the Artist Dylan Izaak

View All Art Works By Dylan Izaak
Dylan's unique approach to cityscape paintings has made a huge impact on art lovers across Britain. His idiosyncratic view of undulating skylines, famous buildings and busy metropolitan scenes encourages us to look at the world around us with new eyes, and offers a distinctive contemporary take on urban life.

His family's first move was to Coventry but after that things took a more dramatic turn and they set off for Australia. Stratford-upon-Avon was next, then back to Australia, then back to Stratford. They also moved several more times in each of these places. If travel broadens the mind then by the time he left school, Dylan was as broad minded as they come and ready for anything.

He started his career by working as a street artist which took him off around the world following the summer season. He would draw detailed pen and ink pictures of famous buildings and portraits, and as a self taught artist he developed a highly personal style. During this time he also painted in other mediums and styles but purely for his own pleasure, never realising that his work may be a means to make a living.

After nine years he returned to England and decided to open an art gallery of his own. Limited funds forced him to be original, and he came up with the novel idea of using a traditional narrow boat as a venue. After a year of planning his gallery was finally opened; he decided the time had come to show the whole range of his work and the reaction was overwhelming. After working hard on a collection he began selling through other galleries which gave him much greater exposure and demand for the work increased rapidly. Dylan's high impact paintings on brushed aluminium is now sold and collected across the world and he has been invited to be one of the Official BT Olympic Artists for 2012. 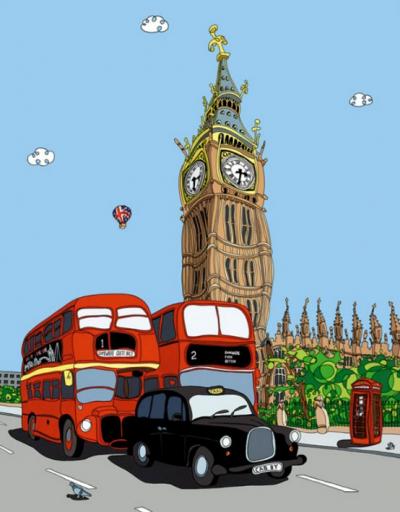 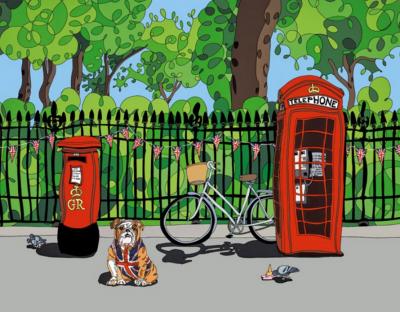 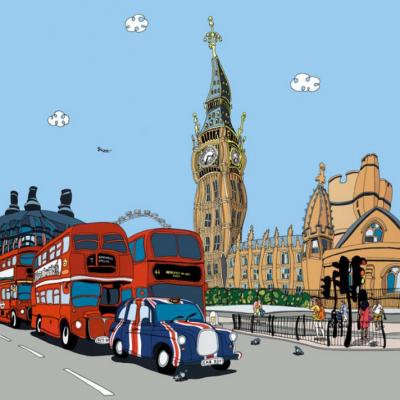