About the Artist Rozanne Bell

View All Art Works By Rozanne Bell
The epitome of fun. Flamboyant. Gregarious character. Sunny disposition. These and more are the descriptions used by those whove worked with and know her only too well, so well use these as the basis of our own little introduction to the wonderfully frenetic world of (evidentially) acclaimed contemporary landscape/fine artist, Rozanne Bell. Known simply as Roz to her friends, Bell is one of the UKs most popular contemporary exponents and regularly spins out colourfully exuberant and vivacious pieces of art that have garnered a loyal following. Both in terms of the general public and seasoned collectors of art in all its amazing shapes and sizes.

Thankfully for art aficionados of whatever persuasion, Bells well-documented frivolity and vibrant personality spills forth into her paintings, and coupled with a creative mindset and unique imagination said illustrations are jam-packed with originality and wit.

So just what does Bell typically paint is of course the next question on everyones lips. And the short answer to that would be flowers. But not just flowers. Trees too. And away from the garden, harbours. And meadows (including assorted flowers and trees) and coast vistas (habitually incorporating boats, the sea and traditional harbour-y aspects and elements). And animals it would appear too, when the mood takes her. Whatever Bell chooses to paint, the strength and volume of colours echo her unequivocally illuminating personality by all accounts.

Colourific or not colourific (but largely, colourific), Bells personal slice of art is made even the more impressive when discovering that she can speak of no formal art schooling, and instead drawn on her own natural creative talents to bring her to where she finds herself today. That and a valid passport. And thats because Bell was born and bred in Africas Zimbabwe back in 1962; and where she called home for the first 40 years of her life and times. Creatively spent or otherwise. Whilst building her reputation as a fine artist in her homeland, Bell successfully exhibited her works across southern Africa, and courtesy of catching the lucrative tourist trade, found the American market particularly interested in her work.

Sadly the challenging and ever-changing political climate at the time necessitated Bell moving to different climes here in the UK as of 2002, and today the Dorset coast is home to the hugely gifted and popular artist and her family, which includes five children. Indeed, its family life  and the very heart of which  to which Bell attributes the inspiration for the work for the most part, and motivated her to keep doing what she does so fantastically well. And which has seen her paintings hang in as many corporate properties as private, from Guernsey to Ghana and back again.

Bells work has brought a much-needed breathe of fresh air to a sometime stagnant British art market, and her ease of ability in adapting to her new environment combined with her sheer optimism and approach to life (and her mantra of living of it to the full) has brought with it a continuation of the successes she witnessed and achieved in her native Africa. And with it, a great demand for her every individual new piece or collective series.

Bells latest works of art have sought to cement her understanding of  and innovative (and its fair to say, relatively skewed) slant  on an architectural landscape which encompasses a curious and whimsical character combined with a realism and grittiness unequalled in the contemporary art world today. Bells acknowledged sense of fun, whilst countered by her artistic integrity, has fused to manifest highly desirable microcosms inhabited by the peoples of one's imagination. By developing and evolving her work, Bell has fostered a bespoke style and technique which serve to ensure that each and every painting remains totally unique, from outset to sign off. 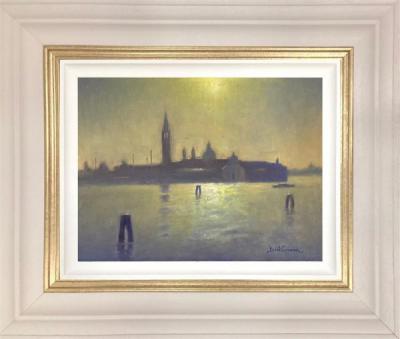 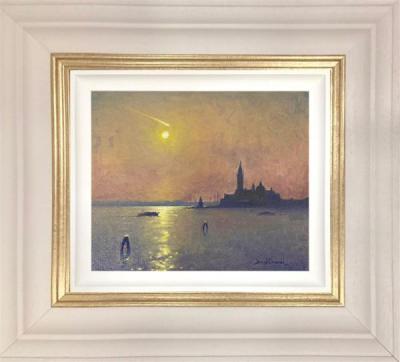 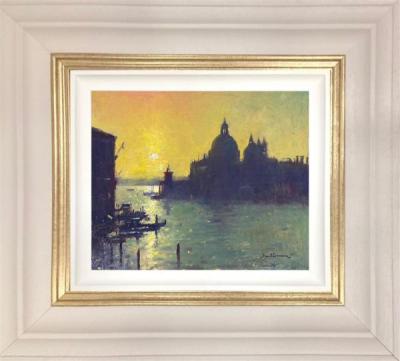