About the Artist David Rees

View All Art Works By David Rees
Capturing the attentions of renown contemporary art collectors, Saatchis is no mean feat, yet David Rees certainly achieved just that with his unique brand of visually adept figurative art, the illustrative like of which is typified by the adoption of thick yet fluid brushstrokes in heavy oils, blended with an almost photographic lens-esque graphic snapshot of the female subject matter. Citing a passion for Italian renaissance period art, Rees believes that the oil painting genre in which he chiefly operates is undergoing something of a timely renaissance itself, with figurative disciplines at the vanguard of this resurgence.

Despite shying away from painting as a child  instead preferring to experiment and explore the possibilities of drawing  Rees eventually turned toward a broader and more colourful palette as such towards the end of his secondary education. Quickly developing both an interest and obvious talent for his brush work, during his A-levels Rees art suddenly began attracting the attention of parents of fellow pupils attending various school exhibitions, and it wasnt long before they were expressing intent in purchasing examples of his rapidly burgeoning craft.

After completing his A-Levels Rees went on to study History of Art at Nottingham University, yet somewhat perversely ceased producing his own art during this passage of higher educational time. However when he upped sticks and relocated to London it wasnt long before Rees realised there was something missing in his life and subsequently opted to reach for the brushes once again. This time though, he decided to approach the subject with a more professional outlook rather than the disposable and transient hobby it had been hitherto.

Fate then took a turn for the better in Rees case, as whilst working in the UKs capital city a fortuitous visit to an art gallery threw up a destiny-calling meeting with a (then) up-and-coming contemporary artist who clearly left a mark on Rees in terms of his altered mind-set regarding the channelling of all of his creative energies into his art. Shortly after this chance encounter Rees gave up his job and dedicated himself to manifesting his first real body of work. Fast forward to more recent times and today Rees is acknowledged as one of the countrys most important emerging figurative artists and rightly considered one-to-watch going forward.

With reference to his inspirations Rees points out that its a difficult thing to pin point in an exacting way, alternatively suggesting that its more of an accumulative element gathered over time and various experiences, although agreeing that its impossible to discount anything from having influenced your work subconsciously. Best described as a learned and perpetual scholar of the technique of painting, the whole process both emotionally and physically still resonates with Rees, who states that it fascinates him to witness how a work is constructed by the individual brush strokes which comprise its sum parts, and candidly reveals in recent conversations that he loves observe fellow artists in the midst of their compositional creating so as to study their work.

Elsewhere, and Rees admits that getting out and about generally and seeing what his peers are producing per se often acts as a catalyst for his own pieces, while he also keeps a weather eye on social media as a window on the modern art world. Rees freely compares the feeling to falling down a rabbit hole, Alice in Wonderland style, as each artists work discovered leads down a virtual path to another, such is the instant connective majesty of the internet. Returning to his own core artistic beliefs though and - although happy to note and appreciate a raft of differing artistic styles and preferences  it is of course painting where Rees heart lies though, readily admitting that; There is something very freeing to be able to enjoy a painting just for the technique that has gone into it, I feel it gives the view a real ownership of the work which for me is important. 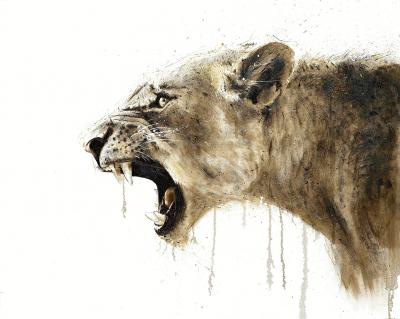 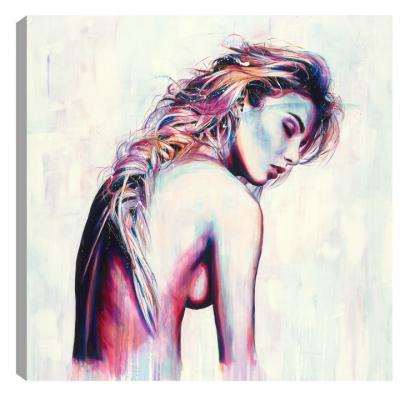