About the Artist Paul Kenton

View All Art Works By Paul Kenton
Fine artist Paul Kenton was just 12 years of age when he made his first, indelible mark on the contemporary art world, the result of which landed the aspiring creative a prized set of paints for his troubles. In exchange for coming out on top in a nationwide colouring competition, by means of clarification. Derby born and bred Kentons family moved to the West Country when he was eight years of age, yet already Kenton was displaying a gift for watercolours. This, along with a new love of surfing, developed at pace during his teenage years, both of which have remained central to his life today.

Now living in Illfracombe with his wife and two young daughters, working out of a converted railway building turned studio, Kentons plans for furthering his artistic education as an adolescent hit the buffers when he missed out on the opportunity to study art at college, due to not making the appropriate grades in English. So instead, Kenton enrolled on an Engineering degree at Stafford University, from where he graduated.

Kentons passion for art in general, and watercolours in particular, was never far from his mind however, and despite securing a role as a draughtsman Kenton continued to paint in his spare time. Yet in 1995, Kenton decided to seize the bull by the proverbial horns, and turned his back on draughtsmanship after obtaining a Princes Youth Business Trust grant that would effectively enable him to take up painting on a professional basis.

Kenton would travel far and wide in his bid to absorb the atmosphere, cultural diversity and artistic temperament that epitomizes some of the worlds most iconic cityscapes; including London, Paris and New York, breathing, feeling, touching and living the cityscapes, cafes, harbours, bridges and seascapes, so as to immerse himself in the very metropolises which would eventually make his name in the world of fine art. As crucial parts of his odysseys, and so as to remain connected to his scene-setting scenes, Kenton would take photographs and create rudimentary thumbnail sketches to help him recreate the time and the place, whilst also jotting down words and phrases that would aid his virtual revisiting when it came round to creating the artwork.

Opting to commit his thoughts, visions and deeds to canvas via acrylic and oils for the most part, Kenton makes it his creative business to touch on something altogether new and unsoiled. To source fresh angles on iconic skylines, architecture and sweeping vistas. He teams unanchored shapes with borrowed verticals and horizontals and intentionally hit and miss colours. He blends artificial light an unswerving monochrome technical drawing, all with little rhyme or reason to the untrained eye. This stripped back, unplugged approach to the creation of the unique is discovered at the beating heart of Kentons default mechanism.

Reflection and movement are recurrent themes in Kentons signature works, with the artist himself keen to confirm that he loves to capture the scenes late in the day and heading into the early evening, expressing an eagerness to harness the last drops of warming light fighting to fill every spare inch of the surface itself. Kenton goes on to say that his intentions with his cityscapes are to cohesively capture the full range of moods that cast over man-made landscapes.

Kenton admits to being feverishly excited by the ferocity of fluid movement when thrown into the melting pot of a vibrant city centre, illuminated by artificial light. Thats as well as conveying the altogether more reserved moods of a misty dawn caught at the same venue. In keeping with this powerful translation, Kenton adopts an equally raw means of entrapping the oil on the canvas; namely a screwdriver. This furnishes Kentons pieces with this loose, indiscriminate style, although he stops short of identifying just which mixed media he uses for finished effects, concluding that these are secret ingredients that will never be revealed.

After being invited to participate in the 2010 London Elephant Parade, and alongside of his work being showcased internationally, Kentons works of art are now more recognised than ever before, as this unique fine artist goes from strength to strength. 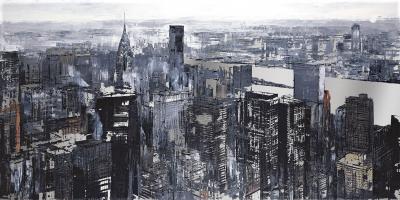 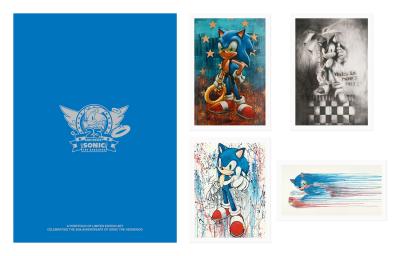 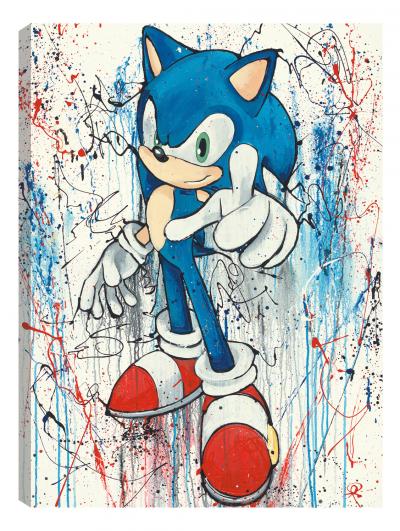