About the Artist Emma Grzonkowski

View All Art Works By Emma Grzonkowski
Think Milla Jovovichs character out of The Fifth Element. Or Milla Jovovichss character from the Resident Evil. Or for that matter, Milla Jovovich full stop. And Medusa possibly, the mythical woman/creature with snakes for hair who terrorised Jason and his Argonauts. Then imagine the portrait in airbrush, followed by having a tin of paint lobbed over it. At this point weve pretty much described a typical Emma Grzonkowski piece, but of course without doing it any of the visual justice that it so richly deserves. On a more serious note, Grzonkowskis work does fall into the hotly contested category of contemporary portraiture, yet  and with due respect to her peers  a heck of a lot more pizzazz. Oh, and did we mention that theyre nearly all self portraits of Grzonkowski herself. This isnt necessarily a negative thing, as the artist is appealing on the eye and appears very canvasgenic, if theres such a phrase.

As is the case with so many now-practising creatives, Grzonkowski harboured dreams of becoming a professional artist from the word go, describing latterly as how the subject held a deep fascination with her and resonated from within from the outset of her childhood, particularly drawing, which Grzonkowski believed placed her in her own idealistic little world, allowing her to switch off and unplug herself from the world going on around her for hours on end. Not always a bad thing and a place which afforded Grzonkowski the time and room to encapsulate her playful imagination and commit her sketches to paper.

Grzonkowskis father played a pivotal and inspiring artistic role in her early life, and obviously thereafter, never better illustrated (pun, excepted) than when a young Grzonkowski - growing frustrated with not always being able to translate onto paper the powerful, evocative visions that she had going on in her head  would turn to her dad to guide her. And guide her he would, as he would draw whatever Grzonkowski had in mind, as she sat intently watching every line drawn, every area shaded, every tonal variation pictorially documented right there in front of her. When it was completed, a young and impressionable Grzonkowski would pin the resultant drawing up on her bedroom wall, where shed study it and copy it, again and again until she got it just right. However long that may take.

This unswerving patience, attention to detailing and willingness to master and perfect an art gave Grzonkowski the ideal grounding and proved instrumental in making her aware of everything from perspective and ratio to weight, balance and overall compositioning which shed take forward with her on her own personal artistic odyssey.
Grzonkowskis first brush with recognition for her artistic endeavour came at a price. Were hazarding a guess that the price was being sent to her bedroom without any tea and with a bee in her young ear, courtesy of her irate father, on account of his expressive daughter having vandalised his new car sometime earlier. Thats right, the first masterpiece that Grzonkowski laid down, a beautiful drawing of a flower, executed in bright blue Biro pen, just happened to be set against an unusual canvas that for all intents and purpose was the back seat of her dads brand new car. Recalling the event, Grzonkowskis only line of defence was that she suddenly experienced an overwhelming urge to create then and there, as the mood took her.

This was just the beginning though, the catalyst maybe, as Grzonkowski maintained her yearning for artistic knowledge, whether that be at home, school or afterwards, at sixth form college. Whilst there, at Sir John Deanes College in Cheshire, Grzonkowski was encouraged to expand and develop her technical ability and approach to her love affair with art, and it was suggested that she referred to the work of the great Masters to help her with this. On completion of sixth form, Grzonkowski went on to study for a Degree in Fine Art and Graphic Design at Chester University, and it was whilst advancing her studies and creative skill-set here that she received free reign to experiment without any boundaries as such. Whats more, it was at this juncture that Grzonkowski discovered and settled on her own specific style and brand of fine art, which naturally served as a turning point.

Tragically this time marked another turning point in Grzonkowskis life, as it was during her second year of study at Chester that she lost someone special, suddenly, cruelly taken away from her as a direct result of a fatal road accident. Suffice to say Grzonkowskis whole life was turned upside down and she became wholly lost and bereft in terms of feelings and emotions as she searched for answers to a multitude of questions. Seeking solace and meaning in her life, Grzonkowski relied on and threw herself into the one aspect that she knew couldnt ever be taken from her, her painting.

On graduating in 2009, Grzonkowski held her first exhibition, literally that very same month, with her work to date being showcased at Chesters Castle Galleries. Grzonkowski painted endlessly as a form of release for the pain and anguish she was suffering inside at her loss, and consequently the style that evolved was hugely expressive and often illustratively frantic on the eye. Yet every piece is visually reflecting Grzonkowskis quest to seek inner peace and fervently believes that her on-going work is a developing journey of emotions sparked from that trauma.

Indeed, Grzonkowski speaks of being single-minded in her task of doing the very best that she could in honour of her soul mates memory and to make them proud, and essentially it was this inner strength and dogged determination which provided her with the launch pad for her artistic career in the event, and affording herself a body of compositions which were deep, powerful and soulful and would ultimately meet with universal approval and acclaim when placed in the public domain. 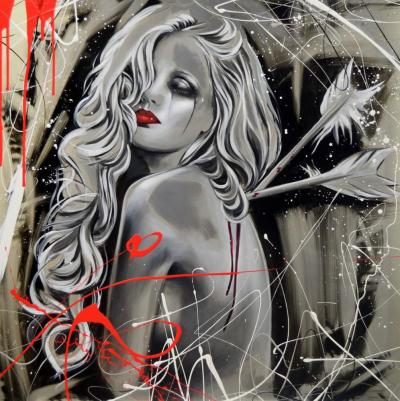 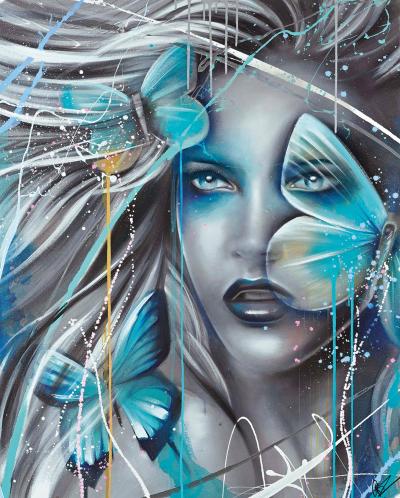 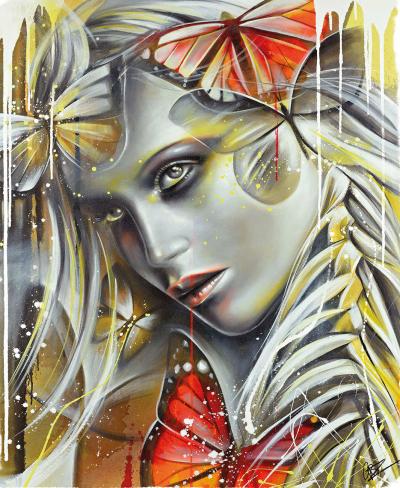