About the Artist Rob Hefferan

View All Art Works By Rob Hefferan
Described by many as the embodiment of a true free spirit much-celebrated contemporary figurative and landscape artist, Rob Hefferan might not have ever become a professional exponent of the genre such is his CV, peppered as it is with sporadic disillusionment at what he saw/found to be physical/emotional constraints and barriers put before him by individual/establishments. But then, the more you read and learn about Hefferan, its fair to say that hes seen as something of a maverick. Not that theres anything wrong with that as such, as the contemporary art world has long been generously populated by such folk.

Born in Warrington in Englands North West back in 1968, Hefferan was desperate to pursue an artistic career from a relatively early age, yet his enthusiasm was met with routine discouragement according to the man himself. That is, with the notable exception of his art teacher.

Now, as were all well aware, its always the art teacher who sees the special talent/gift that potential artists have within, yet need releasing through the systematic cajoling (and treating with kid gloves on most occasions). The teacher in question remains nameless, suffice to say that he/she were the first to observe Hefferans remarkable (yet obviously childish) drawings of dinosaurs and point him on the path of illustrative enlightenment.

Sidestepping the judgement call of his elders, Hefferan bagged a place at university to study for a BA (Hons) in Illustration. However a year into the course and he began to feel creatively restricted by the course curriculum, and decided to prematurely terminate his higher educational route to success. Immediately Hefferan set about compiling a portfolio which would best visually and graphically highlight his potential and commercial worth, and then set out to prove a point. Hefferan soon discovered that he was onto something and felt validated in his controversial decision to quit uni. Pretty much straight away Hefferan won praise and plaudits amongst creative sorts and industry bods for his versatile approach and application as a budding/practising designer and illustrator. This welcome acknowledgement was backed up by the invitation to complete cold, hard contracts; the bread and butter of a potentially professional artists career.

There followed a steady production line of anything and everything visually expressive, from high profile advertising campaigns to the provision of artwork for childrens books. This level of commercial interest in turn resulted in Hefferan making a sizeable amount of money from satisfying his first love, painting. But Hefferan being Hefferan  and despite the considerable success brought upon him  he didnt allow this pleasant distraction to take his eye off the ultimate prize. Which in his case was that of becoming a bona fida contemporary artist, rather than a contractually-obliging designer as such. Either way  and to cover all angles  Hefferan continued to spend a large part of his spare time painting for his own personal interests. And obvious love of.

The work that Hefferan started to originate then develop and evolve into what greets us today seeks to capture the unique character and implied warmth of the individual subject mattered pictured within his every composition. But not only this, a typical Hefferan piece effortlessly transcends form to suggest the living, breathing essence of the habitually figurative subject matter. Working predominately with oils and acrylics, Hefferans work is both eminently understandable and intensely familiar, and witnesses the advent and melodic impact of colour, light and texture combining so as to manifest vibrantly depicted, highly illustrative graphic snapshots of a life, lived. Hefferan repeatedly cements the unique personality of each of his chosen subjects with an alarmingly measured honesty, integrity and unparalleled appreciation for the spirit encompassed deep within.

Superlatives aside, Hefferans latest work could easily be mistaken for photographs pictorially regarding the world of high fashion, as his duly romance-tinged images of elegantly-postured male and female characters look as photo-realistic as anything weve ever seen before. In terms of influence and inspiration, intentional or subconscious in aesthetic presentation, its clear to see that Hefferan is a big fan of the Pre-Raphaelite movement, if not for the draconian use of light and dramatic exposure of the centre of artistic attention, than more readily for the equally immeasurable sense of timeless romance. And speaking of that attention to detail, its not unheard of for a signature Hefferan piece of oil on canvas to take some 150 hours to complete, having started the lengthy process by working from both still life and photo shoots which he himself art directs.

Hefferans background in advertising illustration, touched on earlier, definitely helped shape his fine art style and stickle for considered detailing, and his defined arts look and feel has to date caught the eye of as many corporate suitors as privateers looking for that perfect artistic something. Indeed, Hefferan was invited to conceive and lay down the final design for famed chocolatier, Quality Streets 75th anniversary limited edition tin, which we hasten to add sold out in record time, whilst elsewhere Hefferans art is splendidly captured for all time in man band, Take Thats Greatest Hits CD cover, which replicated to multiple related ad campaigns around the time of release. 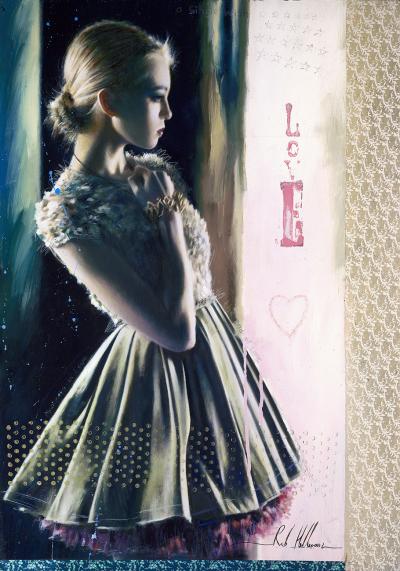 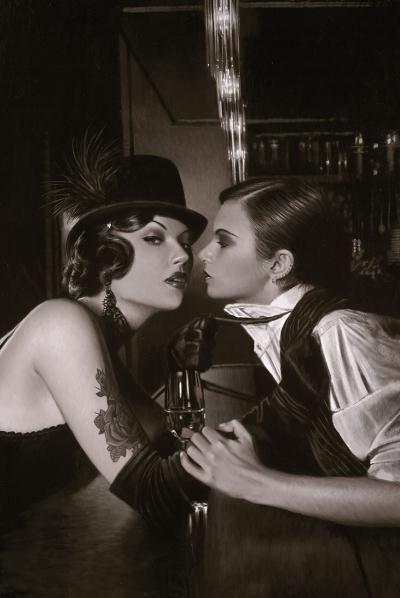 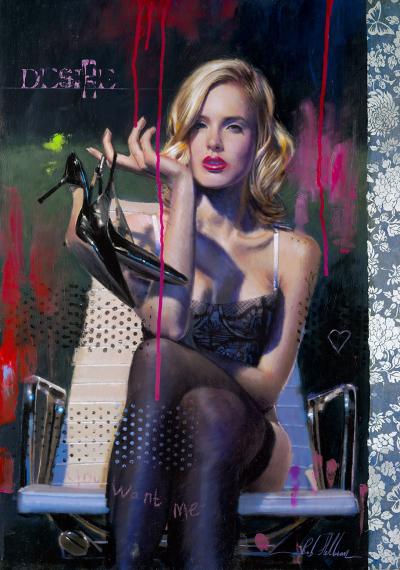