About the Artist JJ Adams

View All Art Works By JJ Adams
Punking-up portraits since 2009 theres a new kid in town who blends the arts of a tattooist with those of a graffiti-smith in the most eye-catching compositions weve witnessed in a long time. While they may lack Banksys political edge, JJ Adams feverishly grafted visions of almost dystopian ideals are graphically on a par for our money. Putting the hip in hipster and the sex in existential, JJ Adams visual style and illustrative deportment is edgy, provocative and above all else, ruddy awesome.

But the question is, just where did it all go so right for the double initialled contemporary fine art practitioner?!
Well, the tale kicks off back on an entirely different continent in the early 1980s, when the son of a Baptist preacher man (very nearly a Bananarama lyric if were not careful), was raised; having being born in Blighty (Plymouth to be geographically precise on this issue), prior to his parents choosing to emigrate to Cape Town thereafter. It was here, during his formative years that JJ Adams elected to spend time hanging around the studio belonging to South African contemporary landscape artist, Derric van Rensburg. And it was there where he was first exposed to what he refers to as graphic art, and the vivid hues and saturations indicative of the more street aspect of the genre.

Suitably inspired to pursue a career in an illustrative arena, JJ Adams won himself a place at Cape College, where he studied Graphic Design; which he balanced with apprenticeship-serving at central Cape Towns Wildfire Tattoos. And as if that youthful schedule wasnt hectic enough, he JJ Adams also found the time to squeeze in a bit of part-time backstage crew work for international bands who were performing in the post-Apartheid era South Africa. It wasnt until 1998 that JJ Adams eventually answered the call of his native UK, and only then due to harbouring ambitions of becoming a practising tattoo artist in his own right.

Alas that aspiration didnt materialise in the way hed hoped it would, and subsequently spent a number of years which followed eking out a living in Londons Camden Market, before relocating to Plymouth to go back to school. Or to be more accurate, Plymouths College of Art and Design where he enrolled on a commercial printing course. On the back of this JJ Adams spent several years thereafter employed as a graphic designer in the South West, finally moving into sign making and advertising. Yet throughout this passage of time, JJ Adams had kept his artistic hand in after hours. Which led to the next chapter of his professional life and times.

After accumulating a body of illustrative work, JJ Adams decided to test the water by looking to sell some of his acrylic paintings via a local art gallery. The year was 2009 and bowled over by the initial response, the budding artist then made the decision to return to London and make a concerted effort at making art his career at that stage. And without sounding too clichéd, the rest is pretty much history. In terms of what JJ Adams prefers to facilitate to create his visually ballsy, heavily graffiti-influenced pieces which have helped launch him into the contemporary art stratosphere in more recent times, he routinely opts for a mixed media approach and application, habitually reaching for anything from spray paint and collage to screen printing and digital matte, not to mention flashes of photography thrown in for good measure.

Inspiration-wise, and JJ Adams makes no bones about having a lot to thank the likes of Norman Rockwell, Roy Lichtenstein, Andy Warhol and Sir Peter Blake for, whilst elsewhere he freely admits to having taken a number of illustrative pointers from more obscure art exponents, such as Guy Peelleart, Hipgnosis and Storm Thorgerson, together with lowbrow artists like Coop, Jim Phillips and Graham Coton (who for the record, was a World War II comic book artist). As of today, JJ Adams works out of his Woolwich studio, situated in South East London, and which overlooks the Thames Barrier. 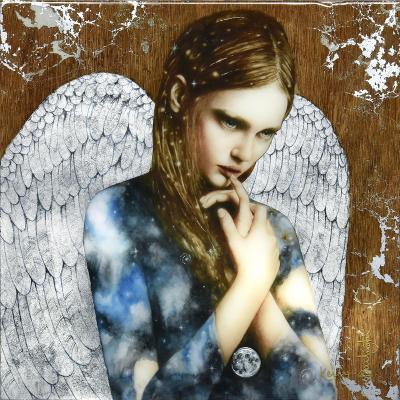 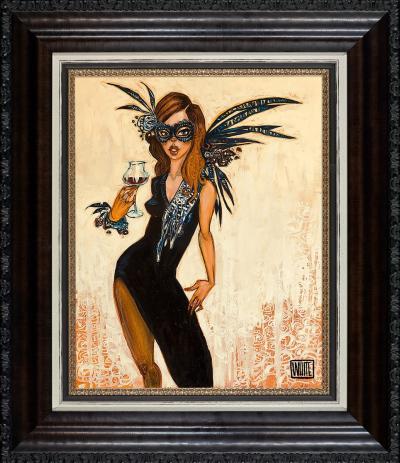 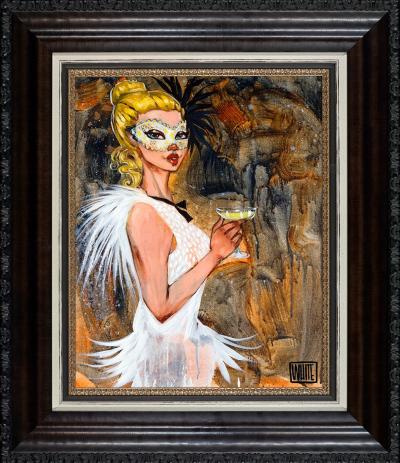