About the Artist Paul Horton

View All Art Works By Paul Horton
Born in Harborne, Birmingham in 1958, award-winning contemporary pastel artist, Paul Horton had always nurtured dreams of being an artist when he grew up, and therefore, true to his long-held ambition he attended the Bournville School of Art, part of Birmingham City University in the late 1970s. It was whilst studying here that Horton specialised in Life Drawing, History of Art, Sculpture, Drawing and Painting, and gained a grounding and understanding of what it would take to realise his dreams. Despite Horton never graduating as such, he to this day insists that his years spent at art school paved the way and gave him the skill-set and confidence in those taught abilities for the successes that hes enjoying in the contemporary art world here and now.

As it happened, Horton entered the printing industry after leaving art school, yet throughout his time forging a career in this field, he never lost sight of his love for painting, and regularly put on exhibitions, showcasing his unique artwork to the public. Acknowledgement finally arrived in 1976, when Horton received a Certificate of Merit by the Royal Birmingham Society of Artists, which he says affording him the courage to not only continue originating his bespoke pieces and keeping them firmly in the public eye courtesy of further exhibitions, but ultimately to act as a springboard to launch himself as a professional artist.

Again, this didnt happen overnight, but did at least plant the seed in Hortons mind as he concentrated on his printing career. In fact, it wasnt until Hortons 40th year that a cathartic moment in his artistic career occurred, when in the summer of 1998 he held a major retrospective exhibition, entitled; All in a Lifes Work. Horton elected to choose specific pieces from his back catalogue to literally paint a visual picture of the journey hed been on thus far. It was the feedback and exposure that he received on the back of this that ensured Horton would be a name to reckon with within the contemporary art scene in subsequent years thereafter.

Washington Green collaborated with Horton in 2001 for the first time, who published his work and set about distributing them to in excess of 200 galleries across the UK. It was only a matter of a relatively short space of time passing before Horton gained the plaudits from his peers that would really make the difference. In both 2003 and 2004 Horton was nominated as a finalist for Best Up and Coming Published Artist, as awarded by the Fine Art Trade Guild, along with 5 other artists. Again, a year later, and the this time Guild nominated him as a finalist in the Best-Selling Published Artist category, which underlined just where Horton was now at, in terms of not just his art yet moreover, his stock in creative circles.

Horton cites his influences as the Pre-Raphaelite Brotherhood, who sought to infuse their religious, historical and political studies with immense detailing and the injection of vibrant colours. Their trademark depictions of people and the capturing of their range of emotions caught the attention and imagination of a young Horton, while the boy from the Black Country also lists revered artists like Degas and Chagall as initial inspirations in sphere of art. The former with his exquisite use of pastel in his works, the latter his ability to adapt personal experiences for the creation of his compositions. Yet away from the perhaps, more obvious role models for an adolescent Horton, it was on visiting the puppet theatre at the Midlands Art Centre in the mid-1980s in his late twenties that provided another perspective for a still impressionable Horton, with a passion to absorb every drop of creativity that he bore witness to.

It was at this unlikely venue that Horton says on record as experiencing a feeling akin to being handed the keys to a magical kingdom, after being offered the chance to have a look at the puppets in the basement. The artist reveals that his aim thereafter was to bring this world to life through his future paintings, a promise in which hes adhered strongly to ever since, never more fittingly and appropriately illustrated than during his recent Homes and Hearts tour, which promoted his characters from some of his most illustrious studies, yet rendered in their 3-d form as creature features. As a final word on the subject, Horton concludes that  in relation to these characters  he wilfully bills them with an unfinished subtext. In as much as he leaves us to draw our own conclusions as to what meaning we extract from his painting and the references points of these characters which course through a large part of his work, essentially allowing for individuals to connect with the unique studies in a more personal way. 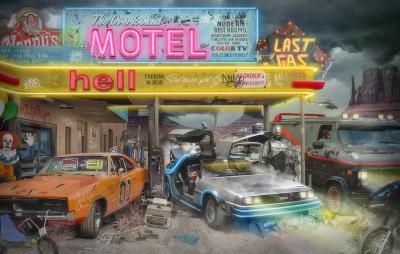 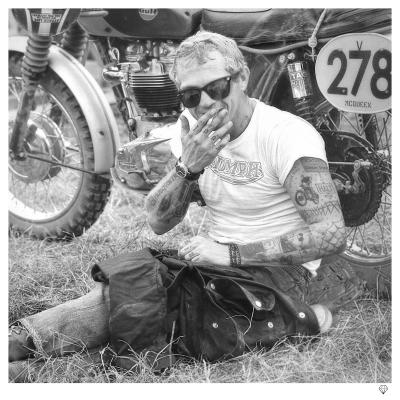 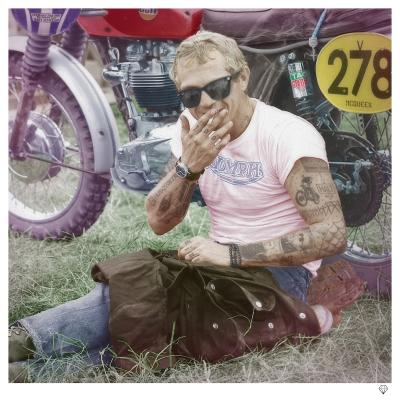