About the Artist Sarah Jane Szikora

Two things worth pointing out though before we dive into Szikoras bitesize bio, the first being that she has terrible eyesight, believe it or not, whilst the second is that the ladies are fat. Or obese to put it a little more eloquent, and dont have shrunken heads after all it materialises. Merely big bodies, brought about by over-eating or the wondrous foodstuffs Szikoras painted in other compositions. Come on now, please keep up. Referring back to the whole eyesight issue though, and it was the (as then) none-artists optical problems as a child which actually instigated Szikoras creativity in a roundabout sort of fashion.

Recovering from some form of eye surgery as a bored, unimpressed hospitalized child, Szikora (previously born in Count y Durham back in 1971, just for the record) picked up a crayon and started drawing pictures; and so her passion for art was borne, then and there according to the (now) established and hugely successful contemporary artist herself. And this ideal is something which Szikora feels incredibly happy about, insisting that we are indeed lucky/blessed if we do happen to find our passion in our life and then be able to make it our living. Or make our living from it, if you prefer.

Actively encouraged and supported by her family, Szikoras English mother and Hungarian father were more than pleased when their daughter announced that she wished to attend art school once shed completed her secondary education in the North East, eventually electing to study creative disciplines at both Harrogate and Cleveland Art Colleges. Making Illustration her specialist subject somewhere down the higher educational line, Szikora turned professional (and launched herself in the capacity of a freelance illustrator) in 1991. Then, and today, Szikora remained loyal to her Northumbrian roots, and currently lives and works in North Shields, a location which suits her down to the ground as it means shes in close proximity to the coast. Galleries throughout the UK and overseas have mounted exhibitions of Szikoras work on a regular basis since she made the decision to go solo, with London venues having showcased a large percentage of Szikoras limited edition prints, sculpture and Royal Worcester ceramic ware over recent years. All this success, despite her eyesight still being, in her own words, terrible.

But then her eyes werent her only health concern during her formative years, as Szikora candidly reveals her own personal struggles with eating disorders which also blighted her adolescence and beyond. Which goes some way to explaining the proliferation of related subject matter in her key compositions and the (albeit) humourous artistic style and direction she chose to follow at that pivotal juncture in her life. Having said that, much of Szikoras graphical presence had migrated toward the universal arena of human behaviour in later years.

Passing comment on her gift to the contemporary figurative art world, her fat ladies, Szikora laments; There is an obsession in our society about appearance, everyone is on a diet or opting for cosmetic improvements, adding; why is it we dislike ourselves so much? Szikora is well placed to question this, given her own first hand experiences of living with eating disorders from her teens to her early thirties. Although shes left this chapter of her life well behind, you cant help feel that the legacy of this period is acutely visible and made illustratively aware for all to see in her hallmark pieces; from the distorted body shapes and miniscule heads to the almost morbid fascination with food and our relationships with it.

Szikoras outrageously exaggerated figures, promiscuous foodstuffs and tempting gingerbread folk are cast at the centre of the artists work, and via this collection of visual props her witty slants on one of our many very human conditions would crack a smile on even the most battle-hardened of faces, as each and every picture affords us a glimpse inside the uber creative, overtly quirky mind of one of the countrys most exciting contemporary art talents in our book. 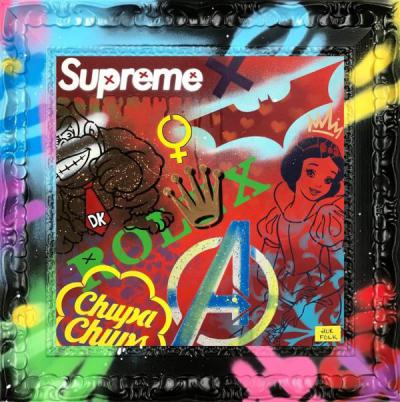 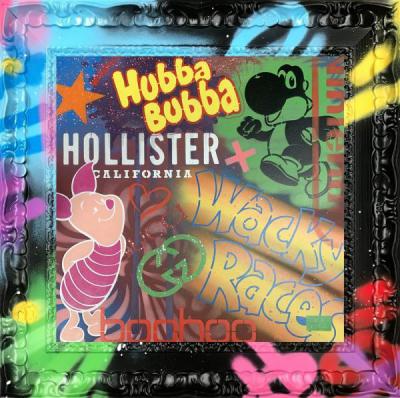 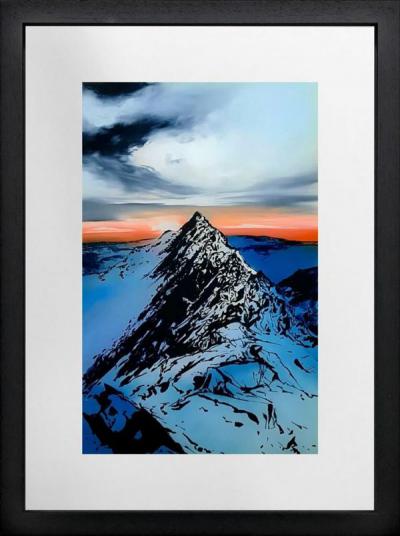