About the Artist Alexander Millar

View All Art Works By Alexander Millar
Contemporary artist, Alexander Millar has spent his whole life residing and making a living in his now native North East of England, having been born across the border on the west coast of Scotland, near Kilmarnock, in place called Springside, back in 1960. Describing his upbringing at the time, Millar compares life in the small, traditional Scottish village as more in-keeping with the 1940s rather than two decades later. Expanding on this observation, Millar talks of old men (in whose company he spent his formative years) dressed in dark suits, smoking Woodbines in the presence of (what the artist whimsically refers to as) large, missile-shaped women decked out in headscarves and pinnies. As Millars father was employed by British Rail, Millars early recollections were of being sat in steam-filled railway stations, architecturally-unique places, steeped in an atmosphere all of their own which Millar admits still to this day strike him as romantic, nostalgic places.

Indeed, its this strong romantic emotion that underpins the backbone of Millars artistic work, as hes the first to admit that he considers himself to be a hopeless, old-fashioned romantic at heart. And just to underline this, Millar confirms that his favourite movie of all time happens to be The Quiet Man; which ticked both the romance and period railway station boxes.

At 17, Millar departed school for the last time, and shortly afterwards bode farewell to Springside too, and made the move south of Hadrians Wall, choosing to put down future roots in Newcastle-upon-Tyne. This relocation served as something of a socio-economic awakening to a young, impressionable Millar, as he left the relative tranquillity of home for fast paced city life in a thriving North East metropolis by comparison. Immediately Millar observed that Newcastle  like any other northern town or city  boasted its fair share of characters for want of a better word. Infinitely interesting, worldly-wise, colourful, often controversial characters, often misinterpreted as rogues and scallywags to the uninitiated, yet ultimately a rich source and perpetual seam of inspiration to anyone of a creatively documentational bent. Colloquially known as Gadgies in and around this part of the North East, these fascinating individuals would later influence a great deal of Millars compositions.

Fourteen years after settling in Tyneside, and after holding down a number of different roles, Millar turned to art as his sole source of income and made the decision to become a professional artist as such in 1988. Unlike many of his peers and contemporaries, Millar is self-taught, and had honed his unique style over many years, seeing an evolution in many aspects of its nature and disposition. In terms of Millars inspirations and effective starting points, he recalls mental images from his childhood, as touched on above, from which to draw, whilst also illustratively facilitating the Gadgies as more recent muses on which to base his compositions.

The Gadgie provides Millar with seemingly endless artistic possibilities, with the added bonus that he bears witness to these characters on a daily basis; and that on each occasion he feels as though hes in the presence of something special, an almost God-given gift to the figurative artist, courtesy of layer upon layer of interesting facets projected onto a lived-in, walking, talking human canvas. Millars interactions with these street philosophers, sages, vagabonds and drunks, who hold sway and court with their captive city-dwelling audiences never fail to inspire him to put brush to canvas and capture the every nuance of the most individual of individuals. That said, Millar confers that his subject matter is always restless, always on the move, which in itself provides a further obstacle to creativity. The real skill, according to Millar, is visually cementing the notorious off-centre stance of these oft-vertically challenged folk, which the artist view the result of as being akin to a well-choreographed street ballet. Of these normally solitary figures pictorially committed to canvas, Millar speaks of the effect these characters sometimes have on people; people whove been genuinely moved to tears after immersing themselves in a particular painting which they concur evoked vivid memories of a father or grandfather.

One recurring theme discovered in many of Millars compositions is that of bikes, although not just any old bike, rather one push iron in particular. Speaking of it as though its one of his most prized possessions, Millars battle-torn bike may have seen better days  testified by its battered leather saddle and rusting components  yet it features prominently in a number of his more celebrated works. As it happens, said bike was purchased for £30 from a second hand shop many moons ago, for its perceived long term antique value.

Millars work has found favour far and wide, with both art lovers in general and serious collectors keen to see each new painting or collection as and when theyre released. This popularity has been reflected by various industry awards and accolades, including being one of the finalists in the Daily Mails Not the Turner Prize competition on the back of a number of Millars sell out exhibitions; which was itself subject to being showcased at Londons Mall Galleries sometime afterwards 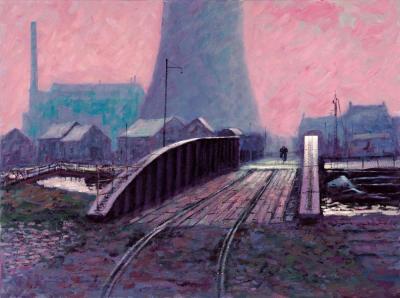 The Power And The Glory 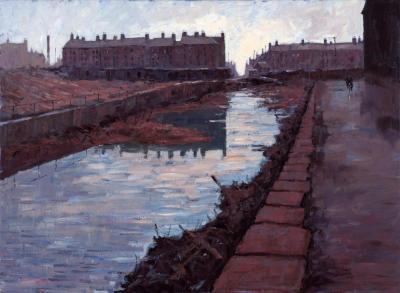 Just How I Remember It 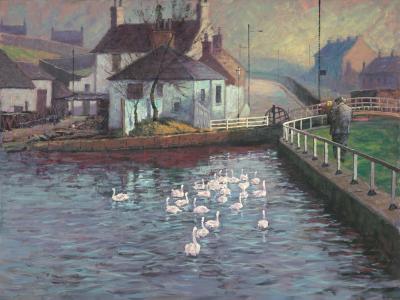