About the Artist Nigel Hemming

View All Art Works By Nigel Hemming
For anyone whos ever  or ever likely to  show an interest for animal art, yet with a strong emphasis on dogs, then theres really only the one name we urge you to remember, and that is critically acclaimed animal artist, Nigel Hemming. Widely regarded in both the industry and much further afield as arguably the best painter of dogs this countrys ever seen, Hemmings illustratively magnificent renditions of working dogs in particular leaves many speechless.

So much so that Hemmings name alone has become synonymous with narrative canine-themed compositions for as long as we care to recount, with the master dog painters clear love and fascination with his enduring muse being the constant inspiration in his every work perspective.

Its also true to suggest that Hemmings keen observations of canine behavioural traits are second to none when visually translated onto canvas, as the majority of his loyal fan base, not to mention serious collectors far and wide, would testify to. Having been published widely in limited edition reproduction format since the 1980s, Hemmings individual pieces and collections are housed in both private and public places across the globe and courtesy of his most recent Larger than Life series of pared down pictorials has lent further appeal to a new audience as well as cementing his relationship with his loyal followers.
Born in Staffordshire in 1957, Hemming has plotted his life-like canine compositions with a variety of media through the years, utilising every material from watercolour and acrylic to pastel and oil; never afraid try something new or effect a new, alternative perspective to his work. In the early days Hemming believed himself to be more of a general wildlife artist, expressing a vivid interest in ornithological subject matter first and foremost. Yet it was his picture perfect depictions of gun dogs and working dogs per se that Hemmings name is most associated with in retrospect, with man and mans best friends generation and breed-spanning close relationship regimentally placed under his illustrative microscope.

The close and continual companionship offered by his own dogs has ensured that Hemming has access to a constant source of inspiration when hes not, literally out in the field, and his hallmark works of stringent and elaborate canine art instantaneously reflect his knowledge and deep understanding of his award-winning subject matter. As mentioned above, Hemmings works have been routinely published since the mid-1980s; however it was in 1986 that he first struck up his long-time working relationship with one of the UKs most respected fine art publishers, Washington Green.

Indeed, it was back in 1986 and the launch of Hemmings first collaboration with Washington Green that paved the way for his assault on a much wider, potential market place, when his debut set of four gun dogs created a buzz far and wide; and far beyond the usual perimeters that hed been hitherto accustomed to appealing to. Consequent to this success the need for additional limited edition print runs of his original pieces were required, whilst the rest as they typically remark, is history. Suffice to add that on the back of countless successful exhibitions thereafter, demand for Hemmings limited edition pieces spread overseas, with the North American market a particularly buoyant one to this day. And of course Hemming has been the recipient of many an award over the intervening years, which was triggered by his acknowledgement of Published Artist of the Year by the Fine Art Trade Guild in 1996. 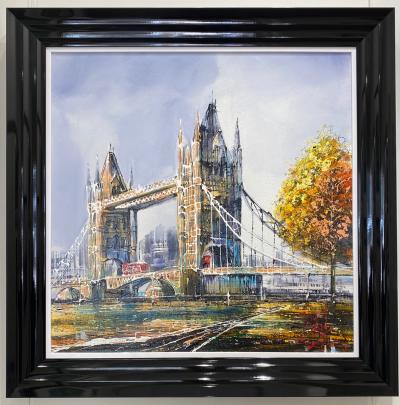 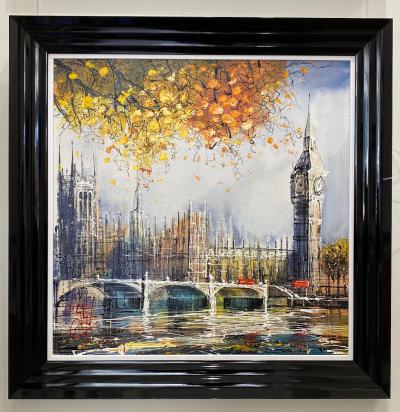 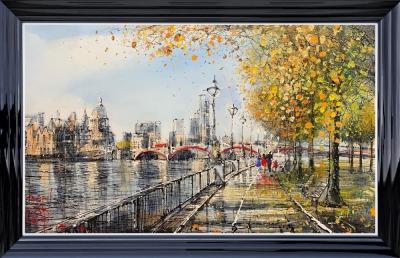 A Family Walk Down the Southbank