About the Artist Paul James

View All Art Works By Paul James
Cows, gorillas, ducks and polar bears tend to be spotted at a distance in fields, rainforests, ponds and Antarctica in the main, yet in celebrated contemporary animal artist, Paul Jamess compositional world, the aforementioned natural habitats have given way to a motorway underpass here in Blighty. You read right, bovines, the king of the jungle, a quack team of aquanauts and the Grizzly bears wintering cousin have been propped up against a highly graffitid subway wall and illustrated to within an inch of their graphic normality. But then, thats what James does and does so very well. Removing the unwitting volunteers and placing them well and truly out of their comfort zone as it were; where of course said animals discover themselves in visually compromising positions.

This is indeed the compositional actions of a man possessing a number of creative gifts, who, once familiarised with something, goes on to excel at it and subsequently carve out a reputation as he puts it in practice. Take for example James the acknowledged composer and pianist as well as James the critically acclaimed wildlife, animal and landscape artist.

However James wouldnt necessarily agree that his gifts are something hes had bequeathed upon him, rather talents that hes learned and prospered at, courtesy of applying the right approach, application and mindset.

Born and bred in Leicestershire, Jamess creative and artistic abilities were observed from an early age; as (probably) were his stubbornness and anti-establishmentarianism. We mention this purely because of his art college experience. Despite showing great skills and having those recognised by being offered a place on a graphic design course at art school as a result, James was a bit of a rebel it would appear; and not wishing to conform to the course requirements, jacked it in. only James wasnt through with his art. Far from it. At this juncture he taught himself everything he needed to know about the subject and threw himself into creating the painted likeness of everything from neighbours pet to classic cars on a commissioned basis.

But then James was distracted by his other true love/calling, namely his music. Keen to pursue a potential career in this equally as competitive creative industry James started playing both organ and piano in numerous pubs, clubs and bars on a regular basis. Having said that, it wasnt long before the budding artist/rocker realised that there was a strong possibility that he would never perform in front of a sell-out crowd at the O2 Arena by treading the slightly less rewarding path hed chosen to tread thus far. So he did what any man would do in this situation. (Re) turn to art. James remembers 1986 well, and not just for soft rockers Europe hitting the number one sport with The Final Countdown, but because THIS was the year that he started painting professionally.

James had long been pictorially inspired by the atmospheric beauty and ambience of the nearby Charnwood Forest in his native Leicestershire, what with its enigmatic landscapes and bevy of animal residents. So he used this convenient and inspiring environ as his starting point in the next chapter of his creative life. Skip a few pages and lo and behold James effortlessly became a leading contemporary animal and landscape realist painter. We say effortlessly, but of course this is far from the truth. Its simply that Jamess finished illustrative articles project a clear and concise appeal that looks as though it comes naturally, yet we all know only too well just how much thought, planning, preparation, conviction and TALENT finds its way into each and every one of his pieces.

We also use the phrase, realist painter for good reason. Just take a look at any of Jamess images and rejoice in the pitch perfect visual detail in that creatures face and expression. And dont start us on their hair, fleece, fur or feathers, as his representation of this is just off the scale. In fact, marvel at the entire graphical cut of its compositional jib and youll agree that if the proverbial artisan cap fits (which it blatantly does) than James should wear it and wear it with pride. Which were sure that he does. Its through these richly, ornately textured compositions that James invites us all to share his up close and personal appreciation and love for these animals; and for his considered and measured portrayal of all the natural world elements.

James routinely favours dramatic lighting to convey his illustrations in the, er, best light, whilst his choice and administering of seductive hues and saturations of colour are a joy to behold. Theres nearly always a witty subtext to a typical James number too, with humourous touches afforded the lead animals size or perspective in relation to its familiar (or unfamiliar) immediate surrounds. With this very much in mind and eye, Jamess interpretations are all the more spontaneous and arresting. It was therefore always on the cards that hed explore the more surreal juxtapositioning of his animals at some point, which is precisely what hes successfully experimented with and compositionally evolved of late.

Which in reality has seen all manner of animals pitched into contemporary urban scenery and what at first glance is pretty alien by anyones reckoning. Word has it that James was initially inspired to originate and develop these sublime visions on canvas from spending days boating through the inner city towpaths of the UK in which he circumnavigated. Before Jamess most recent departure from the farmyard to the subway, the hugely popular artist had previously flirted with a more surrealist concept in pieces such as Zebra Crossing and Grand Master. 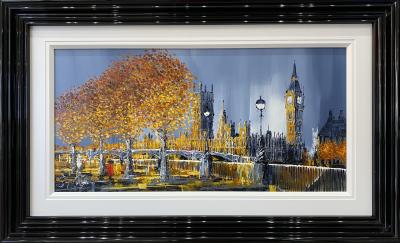 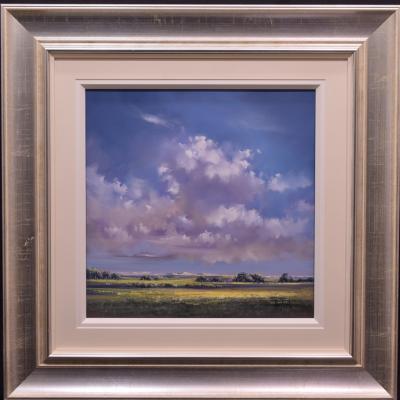 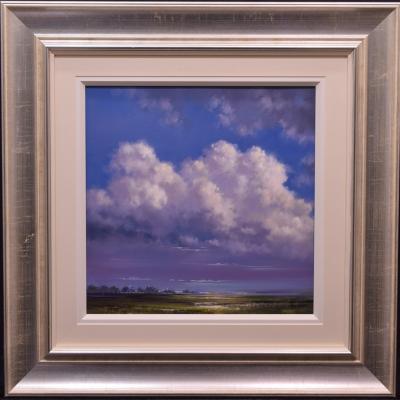