About the Artist Henderson Cisz

View All Art Works By Henderson Cisz
Born near Maringa, found lying within the Parana State of Brazil in 1960, Henderson Cisz showed an earlier interest in art, yet rather than taking up what might well be justifiably referred to as a calling as a profession in life, he instead elected to follow a career in banking, whilst keeping up painting purely as a hobby. However, by the middle of the 1980s, Ciszs possible conflicts between his heart and his head resulted in an eventual victory to the former, as he decided to turn his back on the world of high finance and concentrate his efforts on art.

Ciszs first step on this road to creative enlightenment was to relocate to somewhere that would provide the inspiration to see him succeed in this new arena, which culminated in him relocating to London in order to study painting. Whilst making the UKs capital city his home, Cisz has collated many air miles circumnavigating the globe, taking in the diverse and engaging sights and sounds of Europe and Australia as part of his self-taught artistic education. Ciszs travels have taken in New York, Paris, Venice and the place he now calls home, London. Essentially backdrops that have captivated and moved generations of artists and metropolises that beguile and ultimately beckon some of the most prolific and icon artists of our time. Despite citing a love of the ocean, the relentless movement of its waves and the freedom and life that it evokes, for the most part Cisz has drawn his creative inspiration from the worlds most cosmopolitan and culturally diverse cityscapes, and is fascinated by the concept of urban nightlife and the scenes in which manifest themselves.

Flitting between the application of acrylic, oil and watercolour on every surface from paper and canvas through to board and box canvas, Cisz is almost spellbound by the fashion in which the elements  and most notably, rain  effects an urban landscape. Its this fascination with the interactions shadows and reflections have with the terrain, that so paints his metropolitan cityscapes, that continues to fire Ciszs imagination. At the same time, the Brazilian-born artist waxes lyrical about how the hunched shoulders and defensive postures that characterize us when braced against the ills of less clement weather add a further unexplored dimension to the interpretation of his classic studies. Be it rain, sleet or snow, twilight also provided the perfect ambience for Cisz, and in particular the way light  both natural and artificial  would proffer altered perspectives on a given subject.

Its fair to say that Cisz is arguably at his most creative when surrounded by organised chaos, as his West London studio space is testament to. Thats according to sources whove visited him at his creative enclave, situated in close proximity to the River Thames and describe wall strewn with paintbrush-flicked colour, canvasses propped up against said walls juxtapositioned by family photos, sketches and various works in progress.

Cisz has accumulated many industry accolades over recent years, notable among which are his Artist of the Year award, as voted by UK galleries and the coveted John Solomon Trophy, which is presented annually to the artist judged to have had the greatest impact on the contemporary market during the preceding 12 months. Elsewhere Cisz has been handed such title as Best Up and Coming Artist, Artist of the Year and Best-Selling Artist, while he claimed number one spot in the Art Business Today, Best-Selling Images Poll 2007, sponsored by Epson.

Some of Ciszs most famous and instantly recognizable works include; "Paris en Nuit," "Whitehall, London," "New York, New York," "Yellow Cab," "San Francisco Dawn," and "Street Scene, Paris" are some of the works in his 'Urban Style' collection. Historically, London galleries and international art fairs tend to showcase his collections. 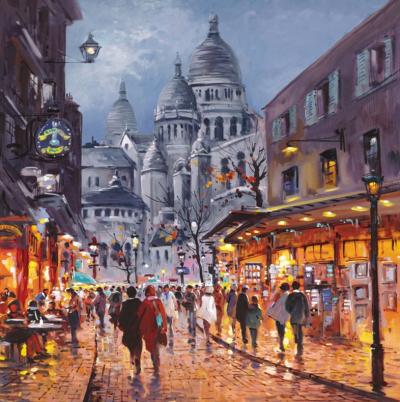 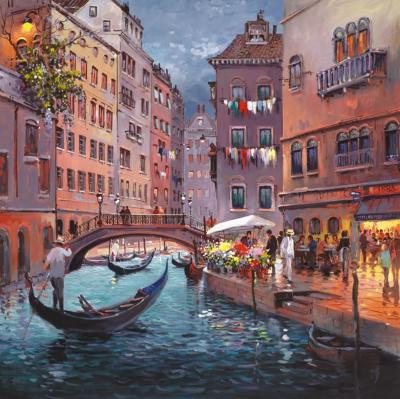