About the Artist Steven Townsend

View All Art Works By Steven Townsend
If youre after photo-realistic illustrations of a host of animals or wildlife favourites, then celebrated contemporary wildlife artist, Steven Townsends your man. With a visually rich history of manifesting sharply focused, stylish and subject-seductive paintings of mans best friend, and then some, Townsend has a graphical back catalogue the envy of many in his peer group. Whilst gun and game dogs, and working dogs as a canine breed apart are clearly his main pictorial attraction, theres files of visual evidence to more than suggest an equally effortless capability for the origination of wildlife and nature inhabitants of many denominations. Yet its Townsends quite stunning and evocative portraits of Labradors, Collies and Spaniels that arguably put him consistently in the category of one of the UKs foremost animal artists. What makes Townsends talent even more precious is the fact that it was essentially self-taught, having experienced nothing of what one might refer to as a formal education in the subject matter.

Born and bred in Colne, deep in the heart of the once proud Lancashire milling communities in 1955, Townsend remains a native of this familiar habitat to this very day, along with his wife and four children who theyve brought up in this part of Northern England known for its welcoming slower pace of life. When privy to  and running the rule over  Townsends portfolio of work, its difficult to imagine that as a youngster he displayed no discernible talent for art whatsoever, and indeed only took up painting in any noticeable capacity at the grand old age of 27 years. And only then as an escape route from a (then) relentless phase of both redundancy and illness. And as to the muse that first piqued Townsends fleeting interest in reaching for a paintbrush, well, which happened to be nothing more revelatory than a simple bird. Albeit the rather colourful Kingfisher, which Townsend felt the transient urge to paint the likeness of after observing one in print during this period of reflection and probable insular thought.

To both Townsends imminent surprise and that of those with whom he chose to share his Kingfisher likeness, he discovered he could paint with relative ease, and with an almost natural and seemingly effortless approach. While Townsends nurtured this shock, hitherto dormant gift for creativity, so his evolution of both style and muse has developed keenly over the intervening years, and during his formative years as an artist of some note Townsends skillset, technical ability and above all else, determination have transformed his fortunes in a field, previously alien to him. Whats more, Townsend is now considered as one of the countrys leading artists, rather than simply as a locally admired wildlife painter. And its not just Townsends incremental number of fans who have placed him on an unfamiliar creative pedestal, but the contemporary art industry itself, when in 1999 he was afforded the annual title of Artist of the Year in acknowledgment of his services and sizeable contributions to an industry as a whole and an enduringly popular genre in particular.

To date, Townsends famous canine portrayals continue to sell out on publication, and for those canny art investors who purchased one of his earliest limited edition prints for around the £120 mark, have seen it worth rocket in value in recent years, seeing them regularly realise price tags of in excess of £3,000. On top of this, a large number of Townsends dog studies have become collectors items, themselves commanding values many times more than the original prices they exchanged hands for in the first place.

But as we hinted in the intro, Townsend paintings arent solely about our canine associates, as hes a long-time admirer of big game, and the large cats synonymous with this territory per se. with this in mind, Townsend has been responsible for crafting volumes of lavishly and meticulously detailed pictorials on such formidable muses as tigers, cheetahs, lions, leopards and most recently a captivating study of a puma cub. Curiosity as the cub was named, being the subject of a limited edition print which was astonishingly sold out before the composition was even complete. In its wake, Townsend has also in recent times committed the definitive illustrative likeness of wolves and a polar bear, complete with its cubs, to canvas. And when hes not creating his picture perfect graphic representations of dogs and the wildest of wild animals, Townsend can often be discovered concentrating his artistic efforts in the direction of birds, and his renown hyper-realistic interpretations of this alternative species; not to mention latterly turning his cultured hand to more generic land and seascapes (East Lancashire, Cornwall and Dartmoor chiefly), affording himself an additional audience in the process.

Townsend took things a stage further in 2000, when he launched his own gallery, which he called The Townsend Gallery, and through which he promotes and sells his originals, while also possessing the space to display upwards of 70 limited edition prints at any one time. Townsends studio is based in a converted garage back at home, and hes known to work surrounded by music, which he insists is conducive to his creative process, citing the works of Mahler and Chopin as being instrumental to keeping his creative juices flowing. In terms of inspiration, Townsend lists the work of Peder Monsted, Bruno Lilijorsand and various artists from the Newlyn School, amongst his predominant ones, and also makes no bones about his faith being of particular inspiration to him.

To this end, and an admission which might surprise many of his ardent fans, Townsend always signs off his paintings with the initials JTC masked somewhere within the surface area of the piece, which affirming his religious beliefs stands for Jesus The Creator. On account of the depth of the hidden acronym, Townsend rejoices in the fact that this could take many hours for viewers/owners of his works to pinpoint. 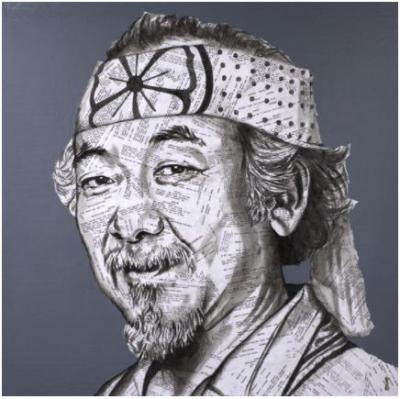 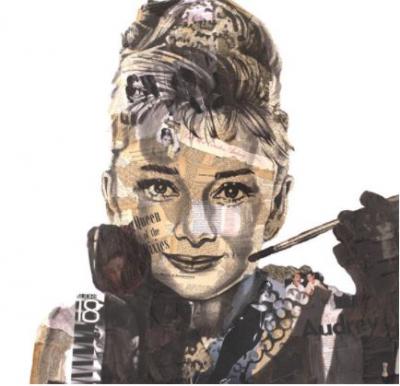 Queen of the Pixies 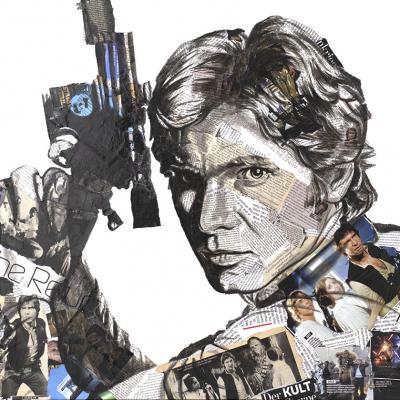