About the Artist Beryl Cook

View All Art Works By Beryl Cook
For someone who was said to be a somewhat introverted and an overly private person, Beryl Cooks famous depictions of completely un-shy and non-retiring, buxom ladies with more cankle than you can flash a torch at  and typically dressed in revealing attire which often left little to the viewers imagination  afforded the critically acclaimed figurative artist the illustrative opportunity and moreover, platform to be who she really wanted to be. Indeed, Cooks timeless and instantly recognizable characters certainly arent backwards in coming forwards, as they typically prop up bars, cavort on hen nights, perform at drag shows, gamble like theres no tomorrow in dens of inequity and brazenly shop till they drop.

Born in 1926, and sadly passing in 2008, Cooks signature paintings speak volumes about (not very polite) society, and was obviously gifted with an artistic talent second to none.

So it comes as even more of a surprise to learn that Cook didnt even consider painting as a profession, or actually take it up properly, until middle age. Whats more shocking, is that Cook was entirely self-taught, having never previously experiencing art school or enjoying any formal training to speak of. Cook first began painting when residing in Southern Rhodesia with her husband in the 1960s, and continued his very amateur practice on returning to England in the same decade; yet only started selling her work from a commercial stance in the mid-1970s.

It was whilst Cook was travelling that she gathered most of the material which she plundered, creatively thereafter, travels which took in exotic destinations, populated by a never ending array of fascinating characters, such as New York, Cuba, Paris, Barcelona and Buenos Aires. Here and there Cook was exposed to flamboyant and extrovert individuals and personalities, and thanks to her almost photographic memory recalled many at latter dates. Cook herself was a long-standing admirer of the acclaimed English artist, Stanley Spencer who many referred to as a visionary in his genre, and its clear to see the influence of Spencers compositioning in Cooks now iconic bold, bulky and expressive figures. Not to mention the religious aspect explored in some of her pieces, such as Noah, The Virgin and Jonah & the Whale in particular.

Someone else who was said to have influenced Cooks work was Edward Burra, who pictorially championed the type of seductive backdrops which Cook made her own during her time. For example the sleazy cafes, nightclubs, gay bars, sailors and prostitutes. Having said that, Cook stopped short of projecting her comparable graphic subject matter in the sinister fashion and additional scenery that Burra tended to do, instead opting for the more light-hearted and quirky option of conveyance.
Retrospectively Cooks illustrative back catalogue can be looked upon and talked about in the same context as the British tradition of social realist painters, and could easily be described in the same sentence as Hogarth or Gilray in the opinion of many fans and contemporary art critics.

Theres this music hall quality to much of Cooks work, and the kind of end of pier/British seaside postcard mirth and nudge, nudge, wink, wink content which we all immediately recognise and love. Cook was once famously described by comic, Victoria Wood as Rubens with jokes, which is probably, bang on the money. Yet Cooks pictorial standpoint was one of sympathy with the human race, and she classed herself as nothing more than an observer of her illustrative quarry when all was said and done.

In 1995 Cook was honoured for her services to the art with an OBE, yet nearly two decades earlier  and at the height of her successes  she found herself the sole subject of a film made by London Weekend Televisions South Bank Show. Two 30-minute animated films of Cooks irrepressible, fun-loving, vociferously untamed womenfolk were also made by the Tiger Aspect TV production company and was entitled Bosom Pals. The rumbustious lead characters were voiced by big names of the day and stars of the stage and small screen to boot. The household name likes of comedienne and one half of French and Saunders, Dawn French, Alison Steadman and Timothy Spall, which was subsequently screened on the BBC in 2004.
A year later Channel 4 made a short film focusing on Cook and her art, both past and present, whilst she was also a featured artist on The Culture Show in 2006.

A sizeable selection of Cooks larger than life paintings have been acquired by the Glasgow Museum of Modern Art, Bristol City Art Gallery, Plymouth Art Gallery and Durham Museum since her passing, while The Baltic gallery in Gateshead hosted a major Beryl Cook Exhibition in 2007, and a full retrospect exhibition was put on by Plymouth University in 2008. In 2010 several of Cook's paintings were loaned to Tate Britain for their exhibition 'Rude Britannia  British Comic Art', while Bristol City Art Gallery and Museum held a retrospective exhibition in 2011. 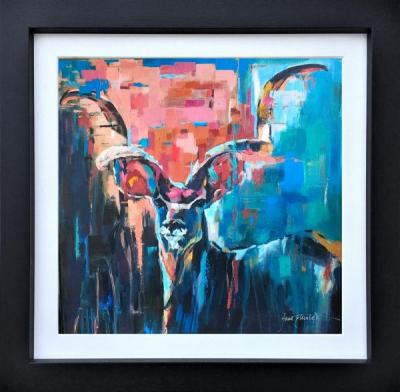 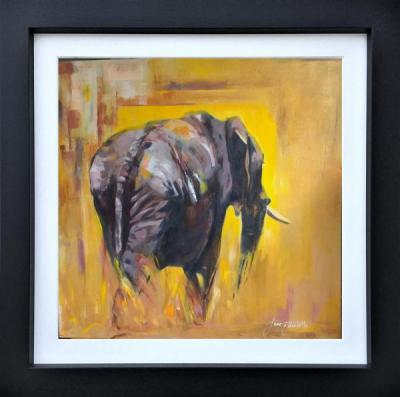 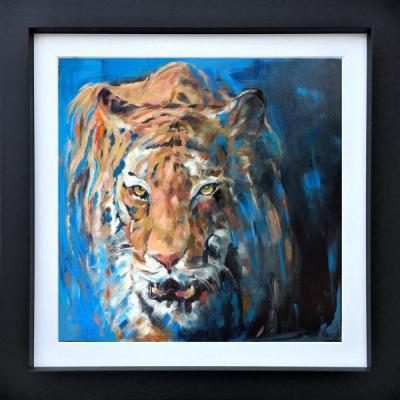