About the Artist Robert Heindel

View All Art Works By Robert Heindel
Robert Heindel was born in 1938 and has had an obsession with dance for nearly two decades. Out of sessions in the rehearsal rooms of dance companies such as The Royal Ballet, American Ballet Theatre, and Les Ballets de Monte Carlo grew a global renown for his unique view of dance. The immediacy of Robert's sketches and the intensity of his painting has served to capture his own ever-growing and appreciative audience.
During the past few years Heindel has chosen to explore the occasional 'detour' from pure dance, each time with distinctive results. A series from 'The Phantom of the Opera' and 'Cats' was created at the invitation of Sir Andrew Lloyd Webber, while more recently The Noh Theatre of Japan has been Heindel's focus.

Following the commission by San Francisco Ballet in '94/95 Robert Heindel designed set and costumes for David Bintley's 'The Dance House', a dramatic, highly contemporary work. So, from observing those devised by others, Heindel now offers images from a ballet that, in part, he helped create.

Robert Heindel's work features in both public and private collections world-wide including those of the National Portrait Gallery (London) and The Smithsonian Institute (Washington DC). 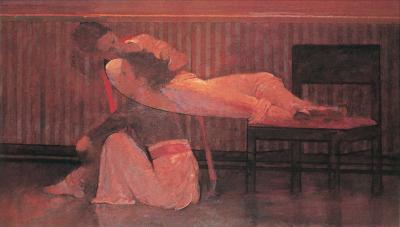 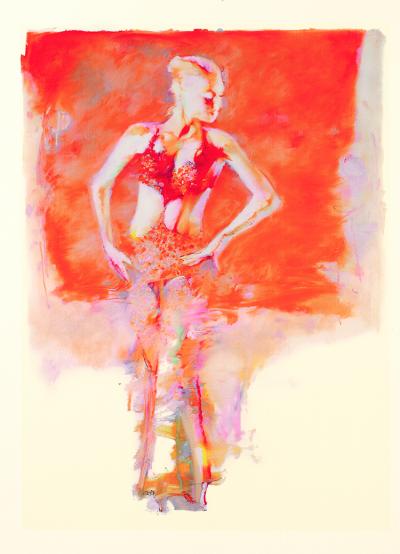