About the Artist Craig Davison

View All Art Works By Craig Davison
Figurative artist, Craig Davison sets his works of art within a childs mind and how a kid envisages the exciting, frenetic world of everyday adventure that constructs around them. Systematically providing a childs eye view as they live out the roles of fantastical, death-defying comic book characters and superheroes, albeit in suburbia, as we all did when of youth. As a viewer, we however are drawn to the superhero or other fictitious characters shadow which typically stands atop the image and which is symbolic of that childs mind and moreover, how he sees himself. As that central player.

Add to that the dimension the childs posture mimicking that of his alter ego, and a very strong aspect of a childs habitual imagination is graphically realised.

Cartoonist, computer games animator, freelance sculptor and now painter, Craig Davison likes to keep reinventing himself within a creative context, make no mistake, but now his stunning works of strictly 2-D figurative art are witnessed by a new audience. Its as though Davison has successfully morphed all these different genres together yet has maintained a contemporary feeling and look to his pieces, despite the subject matter more often than not being based in a traditional world. An innocent, playful, explorational world without the boundaries we see in a so-called adult utopia.

Davisons own youth took place in the early 1970s, having been born in Sheffield in 1965; and a time in which superhero imagery was everywhere. Although demonstrating huge potential in art during his school years, on leaving Davison set his sights on becoming a cartoonist, and was actively involved in a number of household name pre-school comic book artwork including The Wombles, The Shoe People, Huxley Pig and Bangers and Mash.

Not one to rest on his laurels, Davison later turned his creative attentions to the rapidly emerging arena of computer games and secured positions shortly afterwards as both an animator and games designer. Whilst at one company, Davison contributed his character concepts and cartoon/storyboard artwork to popular games titles, such as The Hulk, Zorro and The Hurricanes, and compiled an extensive portfolio. A natural development of this was the personal evolution of Davisons 3-D skill-set, and it wasnt long before he began sculpting models for his own animations.

This education and insight into sculpting gave Davison the courage to set up an a freelance sculptor, and he soon made a name for himself within this creative industry, culminating in being commissioned to undertake sculpting projects for anything and everything. From dragons to action figure toy ranges, Davison was tasked with answering briefs for characters featured in Enchantica, Me to You, Dr Who and Harry Potter

Unfortunately as time passed, the demand for sculpting work diminished and Davison found work harder to come by. However by a stroke of luck he was made aware of a painting competition in which famed fine artist, Alexander Millar would select the winner. The enticing prize being the opportunity to become Millars apprentice. Although not winning the contest, Davisons third place finish prompted him to further his new interest in painting, which from that point forward he approached with vigour. That event marked the beginning of the next chapter in Davisons creative career, and one from which hes never given a backward glance as hes contributed works as a professional artist to galleries ever since. 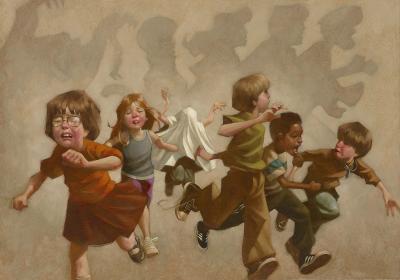 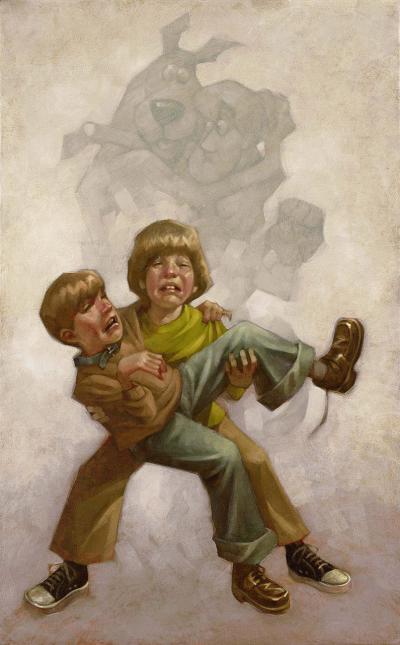 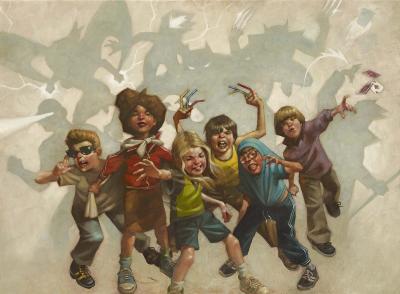