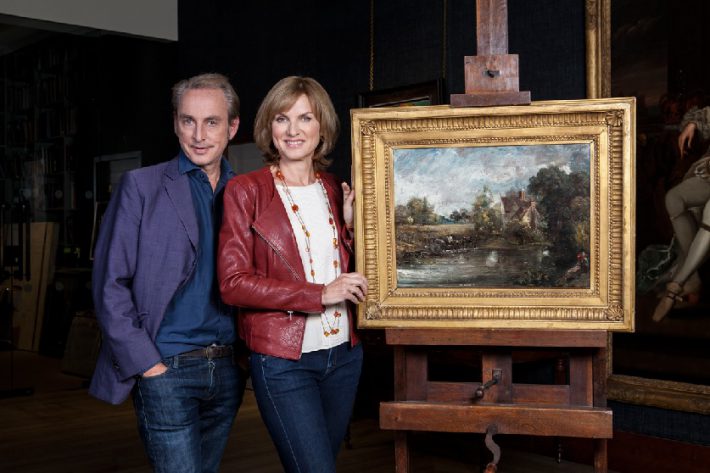 We don’t know about you, but we are massive fans of the BBC’s Fake or Fortune series. The art-dedicated programme which certainly makes a welcome change from Songs of Praise, Antiques Roadshow and/or Countryfile. Not that there’s anything necessarily wrong with hymn singing, old vases or rambling, just to be perfectly clear (and impartial). It’s just that a series which focuses on the unearthing of what (mostly) turn out to be previously lost or forgotten works of stunning art is what Sunday evenings should be all about in our book.

Henry Moore, William Nicholson and a certain Toulouse-Lautrec are just three of the colossal names from art royalty which are being dropped this series, according to reliable sources, as the presenting double act of quite posh Fiona Bruce and proper posh art dealer, Philip Mould head off in search of compositional Holy Grail, after being tipped off by a relative of someone who was once bequeathed a piece of art they have reason to believe could be worth a small fortune. If and when, that is, it’s scientifically proven to be able to cash the cheques its writing.

And science is more often than  not the key to unlocking the secrets in Fake or Fortune, as it’s only through the cutting edge DNA testing techniques which these works of (potentially stratospherically important) art are subjected to, that tends to determine whether or not the claims of authenticity are substantiated. Or that the provenance suggested eventually rings true. A word that Bruce in particular frequents a lot during every nail-biting episode, as the paper trail gets closer to the end game. And experts in their chosen artist’s fields decide if the mooted famous (and would-be hideously expensive) piece is the real deal. Or simply a very good imposter.

Fake of Fortune brings the amazing world of art into the general public’s realm, which is never a bad thing. Indeed, it’s something which should be actively encouraged, especially as there’s precious few programmes of this ilk on our TVs. So do check out BBC1 schedule on a Sunday evening throughout August, as there’s a strong possibility you’ll learn a lot more about art than you might otherwise have.

Although we aren’t – to the best of our knowledge anyway – sitting on a contemporary art fortune (however you can never really tell), we are privy to a vast selection of contemporary artists and artworks (both original and limited editions) this Autumn. Everyone from art past masters impersonator/one-time forger, John Myatt to straight down the middle Impressionist-esque painter extraordinaire, Sherree Valentine-Daines. And pretty much everyone and genre in between.