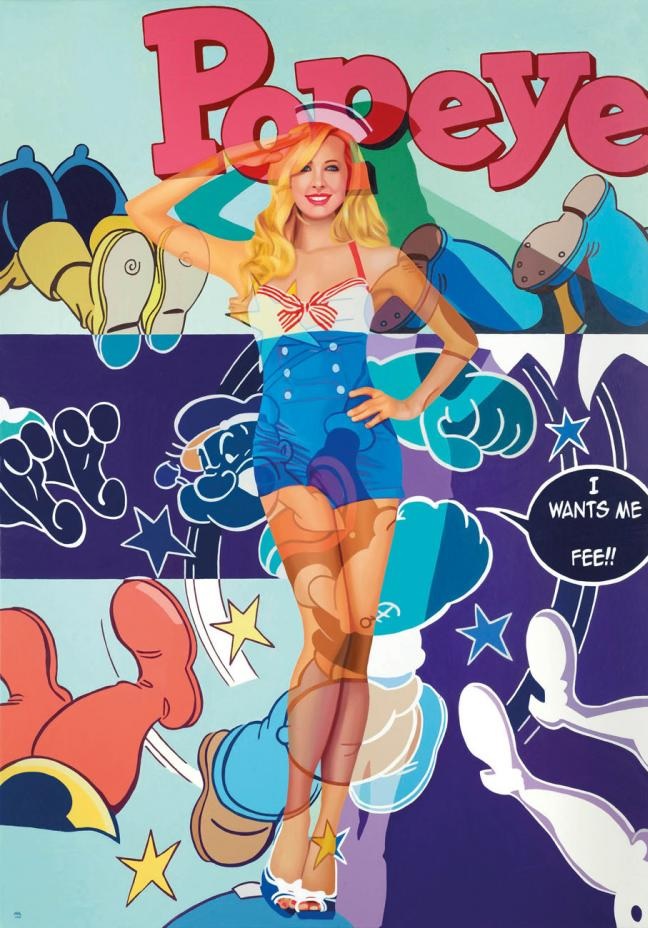 The name should be instantly familiar to you, and his style of best-selling contemporary art, even more recognizable; however, we’ll wager that his unique abode is like nothing you’ve ever seen anywhere before! The ‘his’ in question is critically acclaimed fine art exponent extraordinaire, Stuart McAlpine-Miller; whose back catalogue of contemporary fine art we’ve been a long-time supporter of. And it’s his so-called ‘Pop Art Palace’ which has just gone on the market for a whopping £1.75 million.

In the 2 years abstract artist, McAlpine-Miller and his designer wife have owned the Perthshire bolthole, they’ve transformed what was until the exuberant couple’s tenure a somewhat substantial – yet sombre – country pile into what can now, only be described as a dandy’s dream des res. The 1935-built mansion might have previously boasted wood panelled rooms, statement fireplaces and eye-catching high ceilings, but after receiving the McAlpine-Miller’s graphically opulent flourishes, the 9-bedroom posh pad is now the epitome of Pop Art perfection.

You May Need a Pile (of cash) to Own McAlpine-Miller’s Scottish Pile, Yet You Certainly Don’t to Snap Up One of the Contemporary Artist’s Limited Editions

Having treated their period home to an impact-making interior makeover that Lawrence Llewelyn-Bowen would have been proud of in his televisual heyday, the 12-acre ‘The Gart’ has now been placed on the property market with Savills, according to www.metro.co.uk; and as you might imagine is already courting a great deal of attention far and wide.

Stuart’s wife, Nikki told The Metro; “We wanted to create an art gallery within the house, so we wanted to have a lot of wall space and be considerate throughout with colour.” There’s no doubting that they’ve achieved their ambition, when observing the visually-arresting rooms, which still manages to successfully fuse traditional with contemporary. Nikki went on to add; “It was a blank canvas at the time, but the view from every window was like a painting.”

If you haven’t got the financial wherewithal to stretch to £1.75 million, then instead you may wish to recreate some of the contemporary art aspects of the McAlpine-Miller’s feature rooms, by way of investing in something altogether more affordable in the shape of the much sought-after Stuart’s limited edition compositional pieces. And it just so happens we have a number of such examples from which to choose right here.