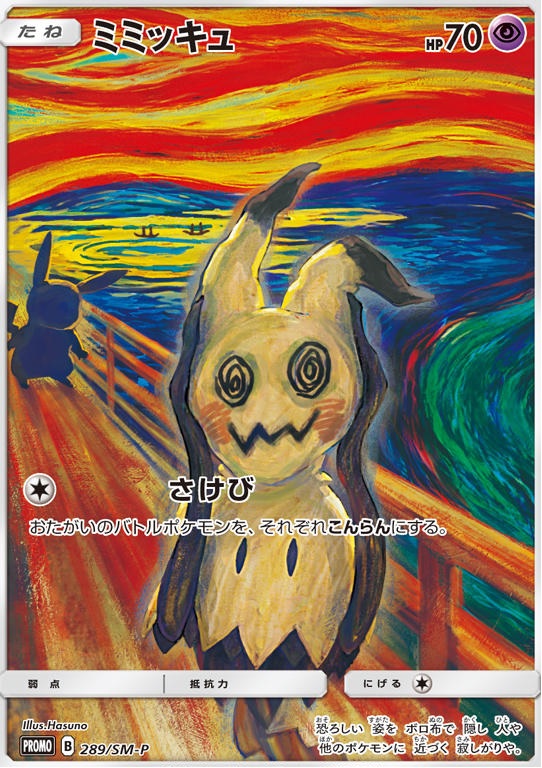 Just when it’s safe to assume that you’ve seen everything – and we mean, EVERYTHING – we have been proved wrong by, of all folk, Pokémon.

OK. We of all people appreciate that contemporary art is by virtue of its very nature/presentation, subjective. Similar to the undeniable way that perceived ‘beauty’ is in the eye of the individual beholder. But then in this particular instance we’re referring to Pokémon, so all that baloney gets jettisoned out of the window, surely.

Well, apparently no. Not if you’re the people responsible for creating the sort of modern artistic condition where you’ve convinced yourself that the resultant compositions transcends both language and culture to evoke thoughts and illicit perception. As is the case with The Pokémon Company in collaboration with the Tokyo Metropolitan Art Museum.

Nope, this unlikely collective have joined illustrative forces so as to honour one of the contemporary art greats – and creator of one of the most instantly recognizable paintings in the history of recognizable paintings – Edvard Munch. Although we’re not entirely sure that the visual practitioner behind ‘The Scream’ would necessarily understand/approve this latest interpretation of his seminal work. That said, he might have had a wicked sense of humour as far as we know. 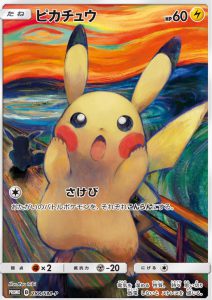 It’s Just Too Munch to Take!

According to various sources the Tokyo Metropolitan Art Museum is set to stage a special exhibition which pays homage to Norwegian art exponent, Munch’s body of pictorial work; and thrust into this welcome spotlight will be this Japanese translation (or version 2.0 to coin a modernism) of what is, arguably, amongst the most instantly recognised paintings. Only the 5 Pokémon promotional playing card variations on this acknowledged theme will manifest as cardboard rectangles with cute monsters painted on their surface area, come the exhibition launch on October the 27th. Albeit with that most famous of 20th Century German expressionistic promenades forming the backdrop.

Comprising of Pikachu, Eevee, Mimikyu, Rowlet, and Psyduck, which if you’re familiar with Pokémon’s work will require no further introduction (but if, like us, you’re not, loosely describe a quintet of freaky animated creatures), the five have all re-enacted that psychologically haunting shriek of yore.

Of course, we appreciate it’s all just harmless fun dreamed up merely as a clever marketing ploy, and who are we to mock such corporate endeavours. Especially one which at the very least brings the incredible ‘The Scream’ to a newer, younger audience. However, if you prefer your contemporary art a little more, how can we put this, arty (yet retaining a distinctly Japanese fusion), then why not check out some of our stable of celebrated fine artists and their latest works. Remaining on a slightly wacky creative theme, we’re pretty confident you’d just love the work of Eloise Saunders, Danielle O’Connor Akiyama and/or Tom Lewis.