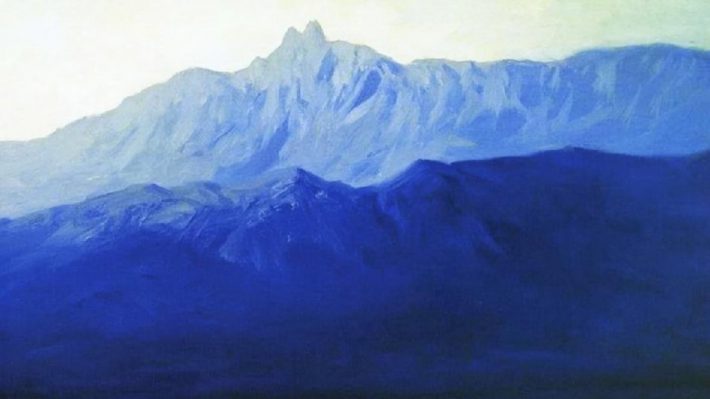 You’re stood in an art gallery, probably a famous one. You’re admiring the iconic works of one of your favourite contemporary artists, exhibited in public as part of a hugely popular retrospective. The closest you’ve previously got to ‘owning’ an original composition by the artist in question is a small postcard or print from the gallery gift shop. Although you may have treated yourself to a limited edition in the past.

Anyway, you look around, and you notice that there are very few fellow art lovers/witnesses in the room right now. You also note that the CCTV is distracted elsewhere. Or is there even CCTV in this particular room?

Well, if you’re anything like us, and while the thought might have fleetingly crossed your mind once or twice, we’re confident that you’ve never actually followed any of these transient thoughts through, and actually helped yourself to what you like. As in removed the work of 19th Century art from the wall where it hung, and nonchalantly walked off with said piece tucked under your arm.

Yet that’s precisely what one brazen contemporary art fan did recently, after he took a fancy to much-admired Russian fine art exponent, Arkhip Kuindzhi’s ‘Ai-Petri. Crimea’ painting of some illustrative repute, as they enjoyed the compositional delights of Moscow’s Tretyakov Gallery, where it was displayed at the time.

Despite being in the company of other gallery browsers (tourists and staff, just to clarify), the man calmly unhooked the painting and wandered off with it, according to various sources. Carried out in broad daylight last weekend, Russian state TV broadcast CCTV footage – so he obviously hadn’t done all his homework beforehand – of this most casual of art heists.

So, DESCRIBE the Stolen Artwork?

The painting itself depicts the Ai-Petri mountain in Crimea, and is said to have been completed by contemporary landscape practitioner, Kuindzhi somewhere between 1898 and 1908. The Tretyakov Gallery is currently playing host to over 180 of the painter’s works, and is set to run until the middle of February. In terms of Kuindzhi’s landscapes, art historians and critics alike describe them as being a ‘special type of romantic’ example of the genre, ‘based on a realistic perception of the world, transformed by his personal touch’.

On loan from the Russian Museum in St. Petersburg, the Ai-Petri mountain-inspired painting is said to be valued in the region of $1 million. It has, however now been revealed that the composition was only insured to the tune of $200k and had not been set up with an alarm in situ to protect it.

And What Happened Next?

As for the art thief himself, the Russian Interior Ministry have since reported that a 31-year old was helping them with their enquiries, with a further statement released adding details about how the suspect – who was later arrested – had managed to hide the painting in a part-built property in the village outside of the Russian capital, where he himself had been picked up prior to subsequently being detained by the authorities. Police have yet to establish whether the suspect had any accomplices or was a lone wolf.

Of course, not everyone has to go to these extreme – and let’s face it, illegal – lengths to obtain a contemporary landscape piece by a popular artists, which takes their fancy. In fact, although not giving them away free, we are in the business of stocking a vast array of both originals and limited editions, created by any amount of the best contemporary fine artists plying their trade today. The likes of Tom Butler, Barry Hilton, Henderson Cisz, Paul Kenton and Rebecca Lardner, for instance.