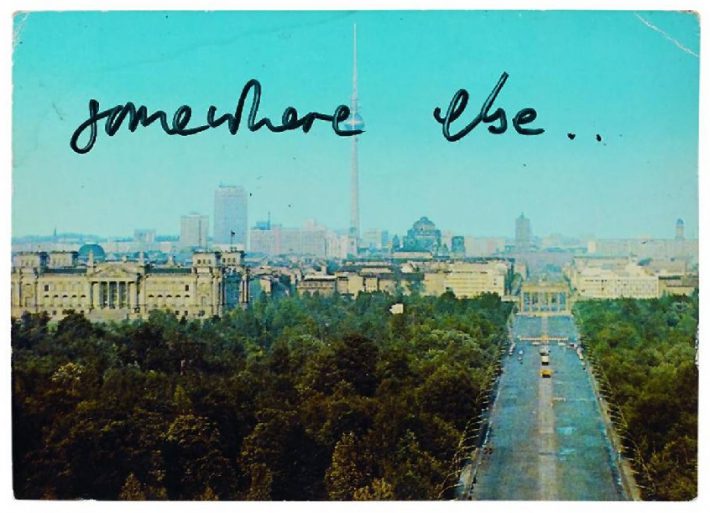 Often overlooked by contemporary art snobs as something far too trivial to be taken seriously, postcard art is to be afforded its very own moment in the visual spotlight in 2019; courtesy of the first ever major, genre-specific exhibition dedicated solely to the niche art market the UK will have ever witnessed.

While the whimsy of postcards is historically portrayed as a fleeting means of communication which reminds recipients how bracing certain seaside resorts might have been at the time, this brand new exhibition staged at The British Museum is set to front a host of postcards designed by more reluctant holidaymakers. Reluctant they may be, yet the broadly revered likes of Andy Warhol, Gilbert & George and Yoko Ono have long-been household names celebrated in their own rights.

Traditionally played down by many, hundreds of postcards will exact their revenge and claim their justified position in a chest-puffing exhibition come February the 7th, as for the first time contemporary art fans here in the UK will be able to observe the works of iconic Pop Art protagonists and Turner Art Prize-winning sculpture artists, displayed side-by-side in more fun and fancy-free form.

It’s worth pointing out although many a contemporary critic at the time arched their eyebrows whenever an art postcard homed into view, this didn’t deter the practitioners from manifesting their more bitesize alternative visions. In fact, postcard art blossomed and went on to be generated in sizeable volumes; recognised as both a cost-effective and speedy means by which artists could get their messages (politically subversive and less controversy-courting) across. In an age, remember when digital communication was still a long way off being invented.

Wish You Were Here? Well, Now You Can Be!

‘The World Exists to Be Put on a Postcard: Artists’ Postcards from 1960 to Now’ is the eclectically illustrative result of what happens when writer and curator, Jeremy Cooper donates some 1,000 postcards from his own private collection to the cause. Something he has been steadily building piece by piece over the past 6 years, according to www.standard.co.uk.

Discovered jostling for our attentions amongst the colourful, cheery and thought-provoking selection of contemporary art postcards to be revealed together in the one place for the first time, are examples of a collaborative craft from Richard Hamilton and Dieter Roth, Yoko Ono and John Lennon’s ‘War is Over!’ and Warhol’s 1966 ‘Holy Cow! Silver Clouds!! Holy Cow!’

Elsewhere the much-anticipated exhibition will include miniature works of contemporary art imagined and created by Rachel Whiteread, Tacita Dean, Guerrilla Girls, Bruce Nauman, Jeremy Deller and Bill Gaglione and Tim Mancusi; and runs at the British Museum until the 4th of August.

If you like your contemporary art in a more digestible size, then why not check out some of the fine art exponents we have on our books. Many of whom have carved out hugely successful careers by recreating something visually arresting, only in more diminutive form. Step forward the irrepressible Nic Joly, Mr Kuu and Craig Alan, to name but three resident creative champions of compactness. All of whom’s latest compositional endeavours you can source from us here and now.