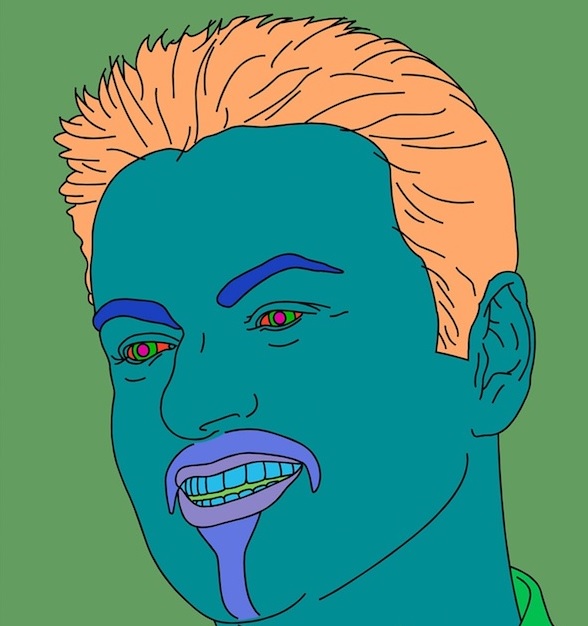 Creative talent has always attracted creative talent, so it comes as no surprise to learn that the late, great George Michael had amassed not just a sizeable collection of contemporary art during his lifetime, but one which comprised of works by some of THE most forward-thinking, original and most-celebrated artists of their generations too.

And now the estate responsible for the hugely successful British singer/songwriter’s enviable collection, is set to auction off Michael’s much sought-after YBA compositions; with all proceeds from the forthcoming sale going towards the influential solo star’s various philanthropic causes.

Describing the former Wham! hitmaker’s acquired portfolio of works by some of the seminal Young British Art movement’s most admired contributors as ‘extensive’, contemporary art critics believe much interest will be generated once pieces by the in-demand likes of Damien Hirst, Tracey Emin, Marc Quinn, Michael Craig-Martin and Sarah Lucas go under the gavel next month.

All of whom gained headlines (and subsequent reputations) for challenging the art establishment at the time of their emergence and later prominence on the scene. Something which wasn’t lost on George Michael, who equally ploughed his own furrows in the music industry to eventually gain broad acclaim, courtesy of a host of best-selling albums throughout his 1980s and 1990s heyday.

A keen admirer of the perceived ‘enfants terribles’ of (then) UK contemporary art circles, Michael pursued friendships with a number of YBA art exponents of their day, after attending many galleries and artist’s studios, as his fascination with their work grew. A recognised supporter of new, young talent (in whatever way, shape and form it manifest), George Michael was well known for his championing of causes close to his own creative heart.

But before the auction takes place at Christie’s London HQ on the 14th March, it’s understood that Michael’s YBA collection will be touring the globe. Including scheduled stop-overs in both America and the Far East (Los Angeles, New York, Shanghai, Hong Kong) the idea is to afford fans of both his musical back catalogue and/or contemporary art, the opportunity to see the collection for themselves prior to the sale.

With regards to the estimated prices potential buyers will be looking at once the bidding starts at the flagship auction event in mid-March, and experts are talking about ballpark figures of anywhere between £400 up to a possible £1.5 million, in terms of valuations for the 200 plus works destined to be up for grabs.

Yet when said works include Tracey Emin’s 2002 piece, ‘Drunk to the Bottom of my Soul’, Damien Hirst’s 2006 offering, ‘The Incomplete Truth’, Bridget Riley’s 1982 iteration, ‘Songbird’ and (perhaps if not most financially notable, then definitely illustratively acknowledged) Michael Craig-Martin’s commissioned portrait – untitled – of George Michael himself from 2007, then you quickly begin to realise the breadth of talent under the spotlight.

To suggest that we house anything of this original ilk, is just careless whispers; however when it comes to dealing with (and routinely exhibiting) countless works by some of the UK’s current crop of illustrative movers and shakers, then we are the hottest ticket in town. And somewhere you’ll find new and emerging creative talent such as Ben Riley, Marie Louise Wrightson, Craig Everett, Matt Buckley, Hue Folk, Katie Jade Dobson and Linda Charles.